A Burdensome Stone: Jerusalem and the Last Days Part 04

A Burdensome Stone:
Jerusalem and the Last Days Part 04 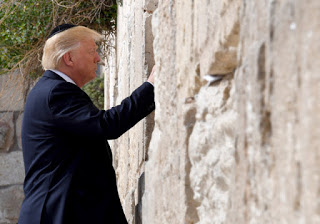 In the first two parts, we covered the history of Jerusalem from its earliest days 4,000 years ago until the year 2000 AD. David 3000 years ago captured Jerusalem and made it his royal city and God’s holy city. The ark of the covenant and eventually Solomon’s temple resided here. A 1,000 years later Jesus of Nazareth, son of David, was enthusiastically received by the city on His triumphal entry. Yet within a week He had been betrayed, rejected, and crucified. Victoriously, Jerusalem was the site of the resurrection and ascension of Jesus. It was here that the Christian Church was born and from its walls the gospel of Christ spread throughout the world.

Since the destruction of the city by Rome in AD 70, Jerusalem had a series of foreign rulers (Roman, Byzantine, Persian, Arab, Crusader, Ayyubid, Mamluk, Ottoman, British and Jordanian). Then in June 1967, with Israel’s conquest of the Old City, Jerusalem returned to Jewish sovereignty for the first time in 1,900 years. Yet Israel annexation of the city did nothing to stop of dispute over Jerusalem’s ownership. This is called ‘The Jerusalem Question’ and we looked at it in Part 03. Once Jerusalem was put on the negotiating table in the year 2000 Camp David negotiations, it could not be taken off.

Zechariah prophesied that in the last days Jerusalem would become a ‘cup of trembling’ for the neighbouring nations (Zechariah 12:2). Anyone who drinks from this cup becomes senseless. There’s more: Verse 3 says Jerusalem will be a ‘burdensome stone’ for all people. Anyone who burdens themselves with it will be cut into pieces, despite the fact that all the people of the earth be gathered together against it. The implication is that those who meddle with Jerusalem are inviting injury and defeat.

Why does Jerusalem attract an inordinate amount of international attention? The reasons are not political but theological and spiritual. Jerusalem is not merely ‘David’s city;’ Jerusalem is the city where Almighty God Himself has placed His name (I Kings 11:36; II Kings 21:4, 7; 23:27; II Chronicles 6:6; 33:4, 7). Furthermore, the promise of the Davidic Covenant, that David would have a son and heir to sit on his throne forever, is also stirring up the nations (Psalm 2:1). David’s throne is in Jerusalem. This link to the Son of David and throne of David is why Jerusalem is called ‘City of the Great King’ (Psalm 48:2; Matthew 5:35). Revelation 21-22 describe the New Jerusalem as our eternal home. No wonder the forces of darkness are working overtime to thwart Jerusalem’s divine destiny. They will fail, of course, but that doesn’t stop them trying.

2. Foreign Embassies in Tel Aviv: All countries who have diplomatic relations with Israel refuse to accord de jure recognition of Jerusalem as capital to the Jewish state. Foreign embassies are located in Tel Aviv, 64 kilometres (40 miles) away;

3. ‘Jerusalem is Not Negotiable:’ After Israel captured and annexed the Old City in June 1967, it declared ‘Jerusalem Is Not Negotiable,’ meaning it would remain a united city under Israeli sovereignty and this would not be up for discussion in peace negotiations. This position lasted until 2000 when Israeli Prime Minister Ehud Barak offered Palestine Authority President Yasser Arafat most of the West Bank and part of Jerusalem for a future Palestinian state. Though Arafat rejected Barak’s offer, the ‘genie’ of a negotiable, divisible Jerusalem never returned to the bottle – it has remained on the table ever since;

4. The Prime Minister of Israel: The PM, who is based in Jerusalem, is the most visited political in the world after the President of the United States;

5. UNESCO Resolution October 2016: It refused to recognise the importance of the Western Wall and Temple Mount, known to the Muslims as al-Haram al-Sharif, to the Jewish people. It is as if the Dome of the Rock and al-Aqsa Mosque were the only shrines to ever exist there. Note: UNESCO Director General Irina Bokova and UN General Secretary Antonio Guterres did make conciliatory remarks to Israel; the latter affirming there was a Jewish temple on the mount. Both the United States and Israel have withdrawn from UNESCO because of this perceived bias;

6. UN Resolution 2334 December 23, 2016: Led by New Zealand, Senegal, and Malaysia, the Security Council passed this resolution saying all territory not in Israel’s hands on 4 June 1967 (the day before the outbreak of the Six Day War), including the Old City, is ‘occupied Palestinian territory.’ That includes the Western Wall, Jewish Quarter, and Mount of Olives Jewish cemetery. The Obama Administration abstained.

7. Famous funerals: When former Israeli President Shimon Peres died in 2016, 70 nations were represented at his funeral. The same with the funeral of slain PM Yitzhak Rabin in 1995.

Yes, the world cares about Jerusalem and one day it will turn to conflict.

What’s All the Fuss?

Despite the furious opposition of the nations, the status of the holy city will be determined from heaven. According to Zechariah 14:3-4, the nations will fail and the Messiah’s feet will stand on the Mount of Olives. When that happens, it means ‘game over.’ The kingdoms of this world will become the kingdom of His Lord and Christ (Revelation 11:15). Jerusalem will be His capital.

This is a day worth looking forward to.

Zechariah’s scenario is quickly coming into focus. That is why people of faith are called to ‘pray for the peace of Jerusalem’ (Psalm 122:6).