A Tribute to Prince Philip, Duke of Edinburgh 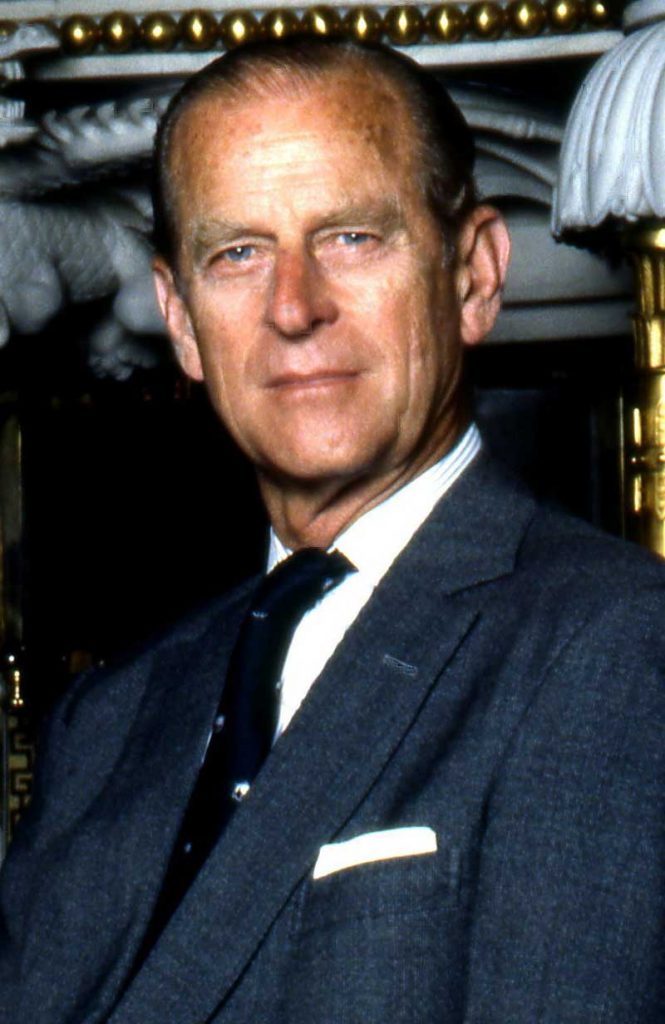 A Tribute to Prince Philip, Duke of Edinburgh

The announcement Buckingham Palace of April 9, 2021 was brief and to-the-point:

“It is with deep sorrow that Her Majesty The Queen announces the death of her beloved husband, His Royal Highness The Prince Philip, Duke of Edinburgh. His Royal Highness passed away peacefully this morning at Windsor Castle,” …“Further announcements will be made in due course. The Royal Family join with people around the world in mourning his loss.”

Just two months shy of his 100th birthday, HRH Philip Mountbatten, Duke of Edinburgh, Earl of Merioneth, Baron Greenwich of Greenwich in the Country of London. Knights of the Garter, quietly passed away at Windsor Castle.

Though his death was hardly a surprise, yet it still came as a shock for the Royal Family, the nation, and the commonwealth. After all, this was the man who had been a constant in the life of the Queen and for all her realms for over seven decades. He was so strong, robust, and consistent, it was as if he would be here forever. When his mortality finally took hold, the shock and sorrow followed quickly thereafter.

By any measure, Prince Philip was a remarkable man. Though he married royalty, he was also royal by birth himself. He was part of the Greek and Danish royal families, though exiled from his native Greece at the age of 18 months. He did not live a stable two-parent family. Philip went to school in the UK, Germany, and France. At the age of 17, he joined the Royal Navy in 1939 and had a distinguished career.

He served on a variety of ships, either protecting Australian convoys in the Indian Ocean, or serving on the Mediterranean fleet. He fought in the battles of Crete and Cape Matapan. For his efforts he received the Greek War Cross. Appointed to the HMS Wallace, he was involved in the Allied invasion of Sicily. As the second-in-command, he saved this ship from a night bomber attack. Philip moved to the HMS Whelp and the British Pacific fleet. To top off his war-time military career, he was present at Tokyo Bay when Japan surrendered in September 1945.

Philip Mountbatten first met Princess Elizabeth when she was eight years old in 1934. Their correspondence began five years later. The dashing naval officer asked her father, King George VI, for her hand in marriage, which occurred on November 20, 1947, at Westminster Abbey. The wedding service was broadcast by radio worldwide as 200 million people listened in. Philip and Elizabeth had four children, eight grandchildren, and nine great-grandchildren.

Philip had hoped to pursue a naval career well until his middle age. His goal may have been to follow his uncle Lord Louis Mountbatten and become First Sea Lord. However, his chain-smoking father-in-law died at the age of 56 and his 25 year old wife became Queen. Thus, at the age of 30, Philip Mountbatten had to immediately resign from the Navy and became the ‘consort-for-life.’ Though no longer in the military, he was given honorary roles like Marshall of the Royal Air Force, Field Marshal, and Admiral of the Fleet.

For over 70 years Prince Philip dedicated his life to public service. In 1956, he opened the Melbourne Olympics – the friendly games – and also established the Duke of Edinburgh Award, seeking to help young people to foster a sense of responsibility to self and community. He was a founder of the World Wildlife Fund. Patron to 800 organisations, president to many others, and chancellor of Cambridge, Edinburgh, Salford and Wales university, Prince Philip plunged himself into a life of extensive and exemplary public service. Solo engagements over the decades totalled 22,219 – an extraordinary record.

The duke was a talented man in his own right who could command a ship, fly a plane, play sport, paint with excellence, and engage in deep thinking. Science was one of his great loves.

In 2011, at his 90th birthday, Prince Philip announced that he would scale back his royal duties since he had already ‘done his bit.’ At the age of 96 in 2017, he fully retired from royal work.

Regarding death, HRH got two of his wishes. He did not want ‘any fuss’ with his funeral arrangements; thanks to Covid restrictions, his televised funeral will be small. Nor did he want to live to be 100 – he had ‘no desire whatsoever’ to cross that milestone and quipped that, ‘bits of me are falling off already.’

Of course, like everyone, the prince had his faults: at times impatient, abrupt, and could be gaffe-prone. Yet, in his own way, he knew people often were intimidated by meeting a royal and wanted to help them relax by being jocular and natural. There was talk about how he, in his younger days as a handsome man, was in the company of beautiful younger women. Historian A.N. Nelson said: ’Not once in his life did any woman claim to have slept with him. There was never any scandal.’ Nelson concludes that either the Prince remained totally faithful to the Queen or if there was an affair, it was discreet enough to cause no harm to family life or the monarchy.[1]

While the nation, commonwealth, and world will miss seeing him as the ever-present companion at the side of the Queen, there is more. Prince Philip connected the Victorian era with our time. A living link to history, here is a man who knew Churchill, Eisenhower, Menzies, and dozens of world leaders throughout the decades. He embodied cherished values which are in serious decline today. These include courtesy, devotion to duty, good manners, self-sacrifice, unpretentiousness, charm, and kindness. Endued with rock solid fortitude, Prince Philip maintained unswerving dedication to Queen, family, and country. His longevity and resilience, in life, marriage, family, duty, and service, will be sorely missed. Part of our sorrow and is this: Will we ever see the likes of the Duke of Edinburgh again?

The ‘Consort-for-life’ lived a grand life and left a grander legacy.