DJOKOVIC VERSUS AUSTRALIA: Who Won the Match? 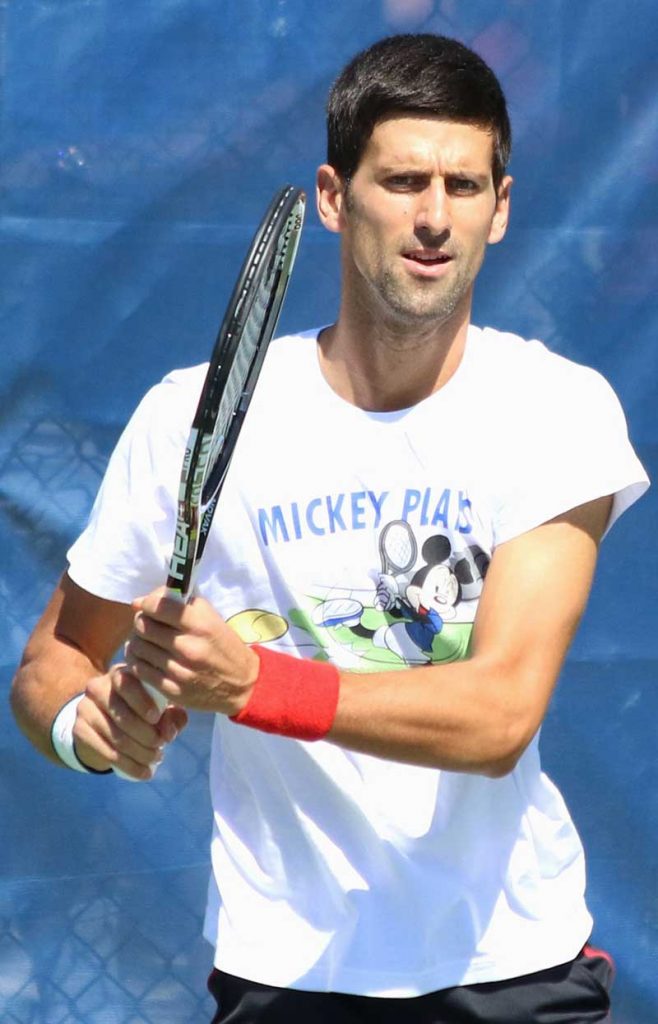 DJOKOVIC VERSUS AUSTRALIA: Who Won the Match?

In a high profile case, the world’s top ranking male tennis player, Novak Djokovic, had his visa revoked and was deported from Australia over his violations of Covid restrictions. This means he cannot compete in the Australian Open. Are there any winners in this case?

Novak Djokovic, the world’s number one tennis player according to the Association of Tennis Professionals (ATP), winner of twenty grand slams of which nine were in Australia alone, and on track to be the world’s greatest male tennis champion of all time, returned to his native Serbia. He will not be playing in the 2022 Australian Open in Melbourne, as planned. His visa was cancelled and his appeal to the Australian High Court failed. He was immediately deported afterwards and barred from returning to Australia for three years. The reason? Various violations of Australia’s coronavirus restrictions, including his vaccination status.

His short-term future and ability to play in other upcoming tournaments in France and America are uncertain, and for the same reasons. The champion’s visa drama commanded world attention. Netflix has announced that a documentary will be forthcoming on this story.

Covid-19 is a real public health threat and has already done much harm to global health and the economy. Yet, an additional harm is also present: the divisiveness of the entire issue. People are divided over the virus itself, the world government’s responses, lockdowns, monitoring of citizens’ movements, covid camps, mass protests and reported police brutality. The vaccine is particularly contentious with even families and churches divided over Covid.

In focusing on Djokovic and his deportation from Australia, please note that this is not as simple and straightforward as it seems. Indeed, there are complications. Vigorous disagreement persists over the rightness and wrongness of Australia’s decision to deport the world’s number one tennis player … and this is in a country known for its fervent love of sport.

So, after this state of affairs: are there any winners?

Australia, like other countries (e.g. Israel), require foreign visitors to be vaccinated against Covid-19. Djokovic applied for an exemption due to his having had Covid and thus probable natural immunity. The exemption was granted and he arrived in Australia.

He admitted to making mistakes, which did not help his case with Australian authorities. After testing positive for Covid in December 2021, he was reported to be engaged in public activities – distanced and masked – rather than staying at home to isolate. His Australian arrival card had a false statement or statements, which is a ‘No-No’ in any country. People can, in theory, go to prison for this. Djokovic was detained and housed in a detention hotel.

For those who aren’t familiar with Australia, there are some important things to keep in mind:

UNIQUE COUNTRY: Australia is the world’s only island continent with unique flora and fauna. Introduction of forbidden items or people can be problematic for the nation. Its has developed a robust border force/customs agency to protect the country; they are strict but fair to incoming passengers, whether citizens or visitors.

EGALITARIAN: Australian society is very casual and egalitarian. People want and expect to be treated fairly and don’t tolerate the notion of a privileged class getting advantages over the rest.

LOCKDOWN FATIGUE: Australians have been subject to some of the strictest Covid rules with lengthy snap lockdowns, vaccine requirements, monitoring of movements, quarantine camps, masks everywhere, and closure of borders between states. No question: Australians are tired of the whole Covid thing and bristle at the notion that a famous outsider does not have to abide by the same rules they have been subject to for nearly two years.

What does the phrase ‘in the public’s interest’ really mean?

The ‘public interest:’ In the minister’s own words, Mr. Hawke said “Despite my acceptance above that Mr. Djokovic’s recent infection with COVID-19 means that he is at a negligible risk of infection and therefore presents a negligible risk to those around him, I am concerned that his presence in Australia, given his well-known stance on vaccination, creates a risk of strengthening the anti-vaccination sentiment of a minority of the Australian community.”

In other words, Hawke believed that Djokovic, who in his mind represents the ‘anti-vaxxers’ (which has become a pejorative term) and his high profile presence at the Australia Open, might stir up further anti-vax sentiments. That’s despite the fact that Djokovic is not an activist. This could lead to more protests and rallies which could spread Covid even further. That’s his explanation of the ‘public interest.’

So who won, Djokovic or Australia? On the surface, it appears the answer is not Djokovic; certainly not in the short-term. He came to the land ‘down under’ in vain. He incurred a lot of legal costs (not that money is a problem for him). His goal of becoming the greatest male tennis player of all time is at risk. Yet, Djokovic received a hero’s welcome when he returned to Serbia. He is a proven sporting champion and no one can take that from him. When pursuing a goal, the only time you ‘lose’ is if and when you give up. The road to success is not the absence of failure. Persevere and triumph.

Did Australia ‘win’ in this instance? Apparently Hawke’s visa cancellation and deportation of Djokovic are politically popular – up to 70% of Australians polled agreed with the minister’s decision. With an uphill federal election in a few months time, this can help. The logic: why should Djokovic be given a pass when the average Australian has complied and sacrificed during the pandemic? Australia has rules and everyone is expected to keep them. In their minds, Djokovic disobeyed the rules and got what he deserved. Prime Minister Scott Morrison said that Australians sacrificed much in order to protect the nation from Covid. They have a right to protect those efforts. Morrison cited Australia’s desire for ‘strong borders’ and ‘rule of law’ as justification for the deportation.

Yet let’s consider the following questions:

If we can answer ‘Yes’ to all these questions, then Australia is sure to wins. Otherwise, its loss will be far greater than anything Djokovic has experienced.

Australia is a sovereign country which rightly can determine its immigration rules – no question about it. Yet if the deportation of Novak Djokovic was more about pandemic politics rather than high-minded principle, then the land down under also loses this match. If this is the case, let’s pray the nation recovers its laudable ideals and prevails in the long-term tournament of history.

Otherwise, the only sure winner is Netflix.