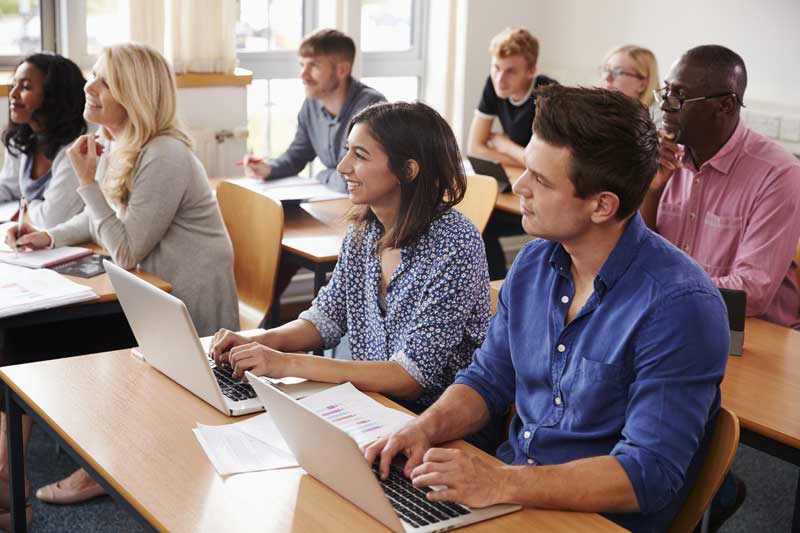 Train up a child in the way he should go: and when he is old, he will not depart from it — Proverbs 22:6

When people are polled, the majority say that education is a top priority for them. Indeed, it should: education helps set people on the path of life. Yet, pouring more government money into education does not necessarily translate into greater outcomes or solid citizens. If we are going to see an improvement in educational standards, we need to look at the basics.

Education Defined: The word apparently comes from the Latin term educo, which means to ‘train, educate, and to lead forward.’ Education is more than merely informing a student; it ultimately is about formation. Classical and Judaeo-Christian education helped to mould students into responsible citizens with a worldview that appreciates thinking, ethics, morality, rule of law, democratic governance, human rights, and more. Ultimately, education means enculturation.

Number One – Teachers Only: There is a perception that education only happens by trained career teachers in the classroom. Not so. The first school is the home and parents are the first teachers.

Deuteronomy 4:9b (Regarding the righteous statues and judgements of God’s Law): “… Make them known to your children and your children’s children.’

Much training for a lifetime happens in the home. It is of the utmost importance that people take seriously their responsibility to train their children. Schools couldn’t possibly teach everything anyway but bear in mind that parental training is a Biblical command.

Ephesians 6:4: And, ye fathers, provoke not your children to wrath: but bring them up in the nurture and admonition of the Lord.

Number Two – Formal Education Only: There is the idea that formal education, where there are classes, lectures, assignments, examined, and awards, is the only education we get. Not so. Only a fraction of our life is spent in the classroom; the rest of the time we should imbibe the concept of informal education or life-long learning. It can be more powerful than any classroom. The church is another source of education, formal and informal, as its been for centuries.

Number Three – Value-Free: With the notion of separating ‘church and state,’ public schools are considered to be values-neutral. Not so. Public education, like so many things in life, has a worldview. Worldview is defined as ‘The overall perspective from which one sees and interprets the world; a collection of beliefs about life and the universe held by a person or group.’ Western education once embraced the dominant Judaeo-Christian worldview, but has gradually replaced it by progressivism, cultural Marxism, secular humanism and postmodernism.

Reformers (or revolutionaries) like John Dewey (1859-1952) helped institute ‘the long march of the ideologies’ through the educational system. The reason that these worldview are so dominant in our culture today – in the media, judiciary, politics, law, the entertainment industry, and the like –  is because they were introduced in the school system many decades ago. If you hold on to traditional Judaeo- Christian values and your children or grandchildren are in a public school, don’t be surprised if they come home espousing positions and worldview very different to your own.

Secularism and progressivism are very much the worldview of western public education today. In the United States, such organisations as the National Education Association and Federation of Teachers very much push for these values. For example, such education demands the teaching of evolution and rejects the notion that we were created by God in His image. If God is our creator, then we are under His rule and ultimately accountable to Him. This is something that the secularists don’t want (Psalm 2:3).

In the United States, the right-leaning Republican party favours ‘choice-based, parent-driven accountability’ at all ages. The left-leaning Democratic Party opposes school choice and vouchers, saying money should be spent in supporting the public schools.

There has been an increasing trend to nationalise education. Traditionally, school boards were local and this allowed parents to have needful input. This is no longer possible with nationalisation, where decisions affecting students are made by nameless, faceless bureaucrats 100s and 1000s of kilometres away.

Cease, my son, to hear the instruction that causeth to err from the words of knowledge — Proverbs 19:27

It is said that education is expensive but ignorance even more. To this, we add wrong education is the most costly of all. Bad education can morph into indoctrination into false ideologies.

A Christian mother approached this author after a public meeting and told her story. She lived in a rural area and she and her husband sent their 18 year old son to the big city to learn computer science. Though raised in the church all his life, in only six weeks he came home as an arrogant, opinionated ‘social justice warrior.’ Both parents were university graduates, but this fact did not stop their newly ‘woke’ son from lecturing them about how the mother was ‘oppressed’ by the patriarchy, ‘her husband.’ He also wagged his finger on other progressive causes. Needless to say, the young man also stopped going to church.

How should you handle education?

And these words that I command you today shall be on your heart. You shall teach them diligently to your children, and shall talk of them when you sit in your house, and when you walk by the way, and when you lie down, and when you rise — Deuteronomy 6:6-7

First, recognise that the family and church are top sources of (informal) education, and need to be utilised more and more.

Second, make the acquisition of truth the highest priority. God is the ultimate source of truth (John 1:17; 16:13). It sets us free (John 8:32), brings hope (Psalm 25:5), a cause for rejoicing (1 Corinthians 13:6), and a valued part of the whole armour of God (Ephesians 6:14). With so much falsehood, lies, spin, gaslighting, doublespeak, smoke and mirrors – indeed, a spirit of deception, we need truth and discernment to come out on top. Truth also helps us avoid false teachers (1 Timothy 1; 2 Peter 2) and keep us on God’s path.

Third, education involves thinking and reflection. Foster such a skill: after all, we have a God-given reasoning capacity and with the right education it can bring great good.

Yes, education matters because you matter to God.