In a Matter of Months: A Brief Middle East Update 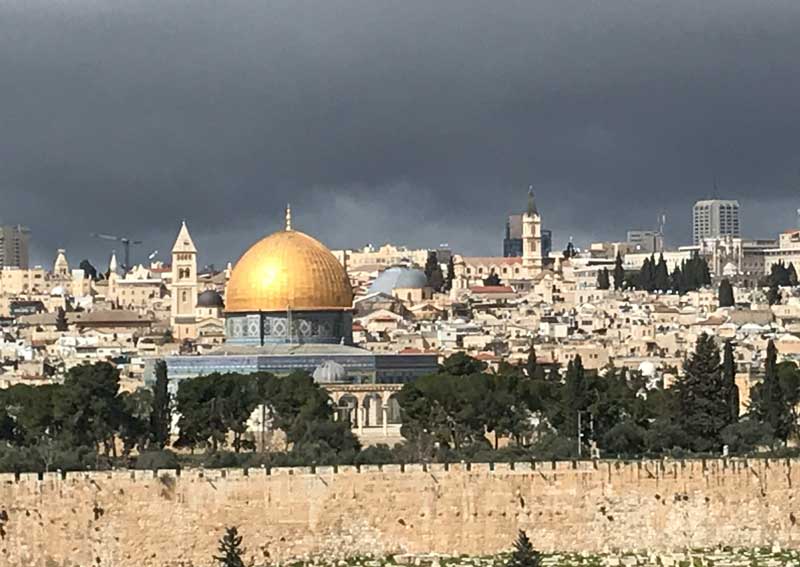 In a Matter of Months: A Brief Middle East Update

When it comes to the Middle East, there is never a dull moment. Within a few short months, the balance of power is changing. Why? How does it affect us? Are there prophetic implications?

What a difference a few months can make. In the first half of 2021, there has been changes of government in the United States and Israel, and Iran has a new president. This part of the world, once dominated by great empires, then slumbering as a quiet backwater, has come front and centre in international attention.

IRAN: Let’s take a moment and focus on Iran, the world’s leading Shia Muslim country (the Shia represent 15% of global Islam and Sunnis 85%). This proud ancient nation has hegemonic ambitions in the region. Its means of gaining power is to make a ‘Shia crescent’ from the Persian Gulf to the Mediterranean. In one sense, it has already succeeded: four countries, to various decrees, are under Iranian oversight, including Yemen, Iraq, Syria, and Lebanon. The latter two countries are on the Mediterranean. Ultimately, Iran wants to export their revolution to the Sunni Arab nations.

Ebrahim Raisi is the newly-inaugurated president of Iran. His critics call him a ‘hardliner’ and ‘mass-murderer’ for his role in suppressing opponents of the regime, especially in the earlier years of the Islamic republic, which was founded in 1979 after ending a 2,500 year old monarchy.

LEBANON: Lebanon in particular is in the most dire condition of its history, with its currency devalued 90%, high unemployment … and then the August 2020 Beirut blast! This special nation, where Christians and Muslims are legally equal, is under the thumb of Iran.

In the last few years, Sunni Arab countries like the Gulf sheikhdoms, Saudi Arabia, and Jordan, all quietly gravitated towards Israel under Benjamin Netanyahu as a counterweight, and nuclear umbrella, to Iran. This became even more apparent during the Trump administration, which spawned the Abrahamic Accords between Israel and Bahrain, United Arab Emirates, Sudan, and Morocco (the first Arab peace agreement with Israel since the 1994 treaty with Jordan; it’s the first multi-parties agreement, too).

Now, there are credible reports that Jordan is gravitating towards Iran and even Saudi Arabia is softening to its arch rival. Why the shift?

What is the new government’s standing with the international community? In one sense, it is currently good. Turkish President Recep Tayyip Erodogan, a frequent vocal critic of Israel in the Netanyahu years, called new Israeli President (as of July 7, 2021) Isaac Herzog and had a lengthy chat. Lapid, as foreign minister, has already dealt with his counterparts in Bahrain, Egypt, Jordan, and soon will visit Morocco. Bahrain’s prince called to congratulate the new government. In addition, after 19 years suspension, Israel has been given again its observer status with the African Union.

No question, Netanyahu made great strides at reaching out to the Arab world, while ignoring the consistent demands of the European Union (e.g. two-state solution, redivision of Jerusalem). Projecting strength, Israel offered the Arabs assistance on air defence, high tech, and cyber security. Yet, at the same time, Arab connections were kept low-key and there were few ‘photo op’s’ between Netanyahu and Arab leaders.

It is possible that the new government – which is fragile and its chances of survival to full term slim – may go ‘above ground’ in its diplomatic moves. Yet, by adopting dovish leftist policies, it makes Israel look less strong, less robust, and thus leading allies like Jordan into the arms of Iran. It may have been the twin-perceptions of weakness in the US and Israel that emboldened Hamas in the latest conflict.

The Book of Zechariah, chapters 12 and 14, predicts that in the very last days before the coming of Messiah, Son of David, Judah and Jerusalem would be the epicentre of international focus, controversy, and eventually, conflict. This is clearly coming to pass.