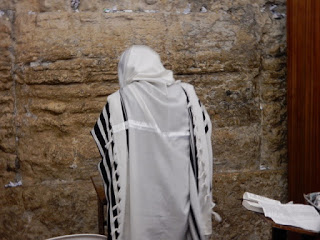 It has got to be one of the greatest puzzles in foreign policy today. A city of under 1 million people, lacking major roads, waterways, or rivers. In fact, its mountainous terrain makes access a real challenge. It possesses no natural resources though it is well-endowed with religious sites. In other words, it has none of the normal ingredients of greatness. Yet this city commands more global attention than any other.

Its international legal status continues to be in limbo. Though it serves as a capital city, no foreign embassies are found there. Yet, from the highlands of New Guinea to the jungles of the Amazon, the name recognition of this city is universal. It is the subject of frequent United Nations resolutions and causes foreign secretaries of major western countries to have sleepless nights.

The city in question is none other than Jerusalem. What we are going to discover is that the global spotlight will shine more and more brightly in the coming days. It will go from a global ‘concern’ to a global ‘obsession.’ What’s more, this attention was forecast 2,500 years ago in Scripture.

Jerusalem in History: To know the future, it is important to understand the past. And Jerusalem has a very long, rich past: a 4,000 year old history. The first 1,000 years (2000 -1000 BC) it was as a heathen town called ‘Jebus,’ perched on a slope known as Ophel, framed by the western hill (now known as Mount Zion) to the west and the Mount of Olives on the east. Despite its size, it eluded capture and occupation by Joshua, the judges, and even King Saul. It was a foreign enclave among the settled tribes of Israel.

The second 1000 years (around 1000 BC) Jerusalem was captured by Joab and King David’s mighty men (II Samuel 5; I Chronicles 11). In a masterstroke of genius, David took this ‘neutral city’ that belonged to none of the Israelite tribes, and made it his capital and royal city. Once he moved the Ark of God there, Jerusalem became a holy city, known as the ‘City of David, City of God.’

Yet another dimension occurred that would catapult the city into prominence. In II Samuel 7 and I Chronicles 17, God made a covenant (a binding agreement) with David, known as the ‘Davidic Covenant.’ The terms of this theocratic covenant were simple: God would give David a son who would rule on his throne forever. Bonus point: David’s son would simultaneously be God’s Son as well.

This Son would be known as The Messiah, the Anointed One (King of kings, Lord of Lords, Anointed of the anointed), Son of David – Son of God. In Israel’s Old Testament past it had three categories of ‘anointed’ people: prophets, priests, and kings. Messiah, known in Greek as Christ, is the ultimate anointed one. He would be anointed a prophet like Moses (Deuteronomy 18); anointed a priest like Melchizedek (Psalm 110; Hebrews 7), and anointed a king like David (I Samuel 13:14). As the Gospels and Acts testify, Jesus of Nazareth was anointed with the Holy Spirit and power (Acts 10:38). Jesus Christ was anointed in everything, including His burial. To be continued.

This Jerusalem will be the topic of the upcoming third annual, Australia-wide ‘Understanding the Times’ speaking tour. Click on to the link below for the schedule.