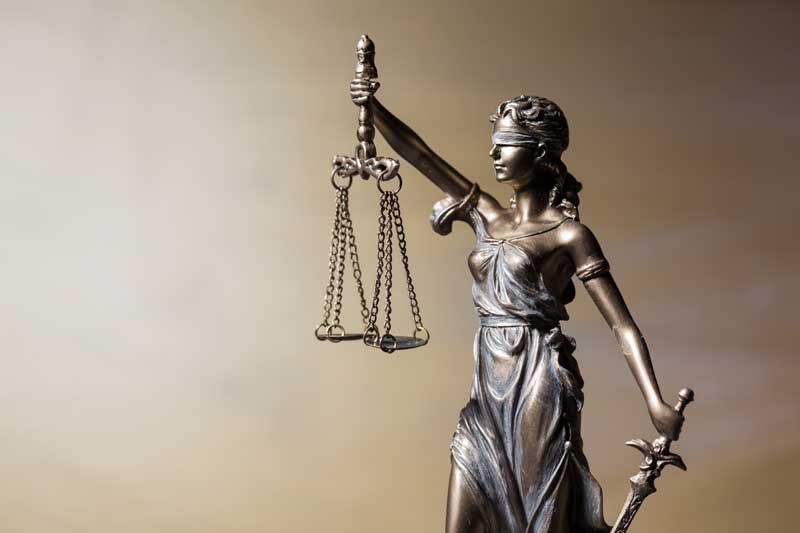 It was a trial that captured the imagination of a nation and the world. A seventeen year old killed two men and injured a third during a riot in Kenosha, Wisconsin, August 2020. Cries of ‘racism’ and ‘white supremacy’ were lobbed like hand grenades … despite the facts. What happened to Kyle Rittenhouse is an object lesson of the on-going culture war. In this article, you will learn what the fuss was about and why the acquittal of this young man matters.

The persistent narrative: A seventeen year old ’white supremacist,’ ‘gun-mad,’ ‘active shooter,’ ‘mass shooter,’ ‘vigilante,’ and ‘white terrorist,’ was driven by his mother across state lines. Using an illegal AR-15, he violently intervened in a ‘fiery but mostly peaceful’ Black Lives Matter protest in Kenosha, Wisconsin. He wantonly killed two innocent black BLM supporters, that, indeed, was his purpose all along. The youth went to trial, was acquitted, thus proving yet again ‘white privilege’ and ‘racial inequality’ continue unabated in ‘systemically racist’ America.

The young man in question was Kyle Rittenhouse from Antioch, Illinois. For fifteen months, the above narrative was the continual drumbeat of the mainstream media and Democratic party. Presidential candidate Joe Biden had a campaign ad, narrated by Chris Wallace of Fox News, attacking President Donald Trump as a supporter of ‘white supremacists.’ It featured a photo of Rittenhouse with the gun, thus implying he was one.

With all the negative press, what really happened in Kenosha, Wisconsin on the night of 25 August 2020, which propelled Rittenhouse into international prominence?

Kyle Rittenhouse: What was all the fuss? Why Does it Matter?

False narrative = False witness: The year 2020 was highly unstable, unpredictable, crisis-riddled, and subject to great shakings. The Covid-19 pandemic and lockdowns wreaked havoc in all areas of society. The death in Minneapolis of George Floyd in police custody triggered rioting and a crime wave across America. The goal of the political/cultural Left was to get rid of Donald Trump, no matter what the cost.

One tactic was to paint Trump, and his supporters, as white extremists. Kyle Rittenhouse, a white, mid-western, all-American teenager, became the poster boy of this leftist narrative. His prominence was a media creation meant to destroy the Trump presidency, even if it meant damaging an innocent young man in the process. Observers have credited mainstream media, more than any other source, as being the catalyst for the narrative, riots, instability, and slander.

For five years, this service has sought to emphasise the exceedingly strident nature of the ‘culture war’ between traditional values conservatives and left-wing progressivism/cultural Marxists. Traditionalists believe in faith, family, freedom, and the nation state while progressives want a utopian globalist world order of equity, inclusivity, and diversity.

Many left-wing activists are antagonist to the Judaeo-Christian values that made the West great. These include parliamentary democracy, separation of powers, balance of powers, self-government, rule of law, presumption of innocence, trial by jury, equality under the law, human rights, industrial revolutions, and more. The year 2020 exacerbated this conflict with its riots, disputed presidential election, and radicalising of the leftist parties (e.g. Jeremy Corbin in the British Labor party and Bernie Sanders in the American Democratic party).

The problem with ‘narratives’ is that they can be totally disconnected with reality, have a low view of truth, and are willing to ruin others in the process of achieving their goals. Like an idol, the narrative is open to deception and delusion.

2 Thessalonians 2:9-12 (ESV): “The coming of the lawless one is by the activity of Satan with all power and false signs and wonders, and with all wicked deception for those who are perishing, because they refused to love the truth and so be saved. Therefore God sends them a strong delusion, so that they may believe what is false, in order that all may be condemned who did not believe the truth but had pleasure in unrighteousness” (emphasis mine).

If these verses don’t accurately describe our day – with its fables, fiction, and fairly tales – then what does?

The trial and acquittal of Kyle Rittenhouse leads us to some important takeaways.

Benefit of the trial: Under normal circumstances – with clear evidence of self-defence – the Rittenhouse case would never have gone to trial. But because of the persistent cries of ‘racism’ and ‘white supremacy,’ Kenosha prosecutors may have felt obliged to take young Kyle to court. Imagine the trauma an eighteen year old faced going to court with the potential sentence of life in prison. On top of that, the entire country was watching with leftist pundits mercilessly slamming him on a regular basis.

Yet, there was a silver lining: it was in the trial that the truth came out and it varied radically from the media-induced narrative. It gave opportunity to present evidence, including the all-important video footage. Also, a composite picture of the tragedy was assembled like a jigsaw puzzle, with both sides contributing their pieces.

Nothing is sacred: While adult white Christian males are the main target of Leftist scorn, this hatred spreads to others who don’t share their doctrine. Blacks, women, and other minorities who hold conservative views experience the same derision as white men. As we have seen in recent years, even teenagers are viciously attack for being on the wrong side of the culture war. This includes Rittenhouse, Nicholas Sandmann, and young Barron, who was frequently ridiculed for living in the White House and having the ‘offensive surname of Trump.’

Guns and self-defence: The American republic was founded by people, many of them God-fearing, who believed that the Lord grants sacred rights like life, liberty, and the pursuit of happiness. The government’s role is to secure and protect those sacred rights; it does not invent or bestow them.  While non-Americans cannot understand the Constitution’s Second Amendment, that guarantees citizens the right to keep and bear arms, it’s simple: America’s founders believed that God gave the right of self-defence and the government cannot take it away.

People Power: Though Rittenhouse had powerful opponents in the political / cultural / media elite, his acquittal defeated them all. This included the citizen journalists that took the video footage which vindicated him. One astute commentator said starkly that it was these truth-seeking citizen journalists who ‘saved Rittenhouse.’

Also, his jurors were normal Americans who, like Judge Bruce Schroeder, were under tremendous pressure to render a ‘guilty’ verdict or risk violence. Yet, they still saw that Rittenhouse shot in self-defence, took courage, and unanimously acquitted him. Truth triumphed in the end.

‘Glutton,’ ‘drunkard,’ ‘deceiver,’ ‘has a demon,’ ‘born of fornication,’ ‘works with the prince of the devils,’ ‘friend of publicans and sinners.’ Kyle Rittenhouse, verbally and viciously attacked, was in good company. Jesus of Nazareth experienced exactly the same thing – and much worse. If you only listened to His opponents, you would conclude he was a vile individual.

Of course, unlike Rittenhouse, Jesus of Nazareth was denied the presumption of innocence, trial by jury, due process, and rule of law, even though the Romans were in charge. His judge, the Roman procurator Pontius Pilate, knew he was innocent, he caved into the will of the mob and condemned Him to be executed. Jesus was crucified in the place of a proven robber and seditionist named Barabbas. His crime? King of the Jews.

Yet this most grotesque of injustices was allowed by Almighty God to fulfil the divine plan of world redemption. When the truth finally came out, we discover that Jesus Christ is the sinless Son of God who came to this planet to save us from our sins.

1 Peter 2:23 (KJV): “Who, when he was reviled, reviled not again; when he suffered, he threatened not; but committed himself to him that judgeth righteously”

We can debate whether we should own guns and exercise self-defence, but let us be clear that truth, justice, and God’s kingdom, will ultimately triumph in the end.