The Eighth Commandment: More Than Ever – Part 03 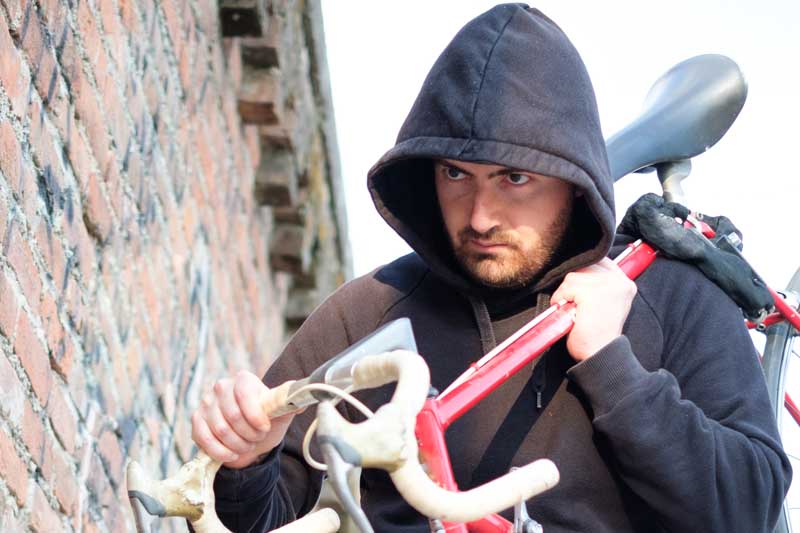 The Eighth Commandment: More Than Ever – Part 03

We all know it is wrong, whether petty theft, grand larceny, or even cyber hacking. But how does the commandment to stop stealing relate to the other nine commandments? You’ll discover that the Eighth Commandment goes far deeper than you realise.

The Eighth Commandment is so central to living a God-honouring life. It simply tells not to steal. Yet, stealing is practiced more and more, by the poor, the powerful, and those in-between. Theft is now on an industrial scale and uses variety of methods.

Covetousness can lead to stealing (we will learn more about this in the Tenth Commandment); defrauding people of what is rightly their’s is also stealing. Stealing does not merely involve the tangible; theft of intellectual property is just as real as taking any three-dimensional object. Large governments can cast an envious eye on private property wondering how to extract more revenue to pay for pet projects or a growing bureaucracy. While the Bible does accept taxation as an accepted practice of human government (give unto Caesar what is Caesar, Christ said in Matthew 22:21), there is a reason tax-collectors were despised in His day; they took more than they required and kept the difference. That’s why a penitent Zacchaeus offered to restore foretold to anyone he defrauded (Luke 19:8).

Other things to consider in upholding or violating the Eighth Commandment include:

Failure to pay: Failing or refusing to pay what one owes is theft. It’s one thing to be unable to pay and work out a repayment plan; it’s another thing to refuse payment altogether. Psalm 37:21 tells us the wicked borrow and do not pay again.

Co-Signing, guarantor or suretyship: If there is one thing that the Book of Proverbs warns against is surety or co-signing a loan (Proverbs 6; 22:26). Never agree to take responsibility for someone else’s debt; the horror stories of what follows are endless.

Contentment: We are commanded to be content with what we have (Hebrews 13:5), for godliness with contentment is great gain (1 Timothy 6:6). The lack of contentment leads to covetousness, theft, and sorrow.

Get a job: The New Testament tells us to steal no more, but do an honest day’s work and you will have something to give to the needy (Ephesians 4:28); stated more starkly, … if any would not work, neither should he eat’ — 2 Thessalonians 3:10. Imagine how much better off things would be if those who are able to work would do so.

Key to All Ten Commandments

How central is the prohibition against stealing? Does it really contain the other nine commandments? See for your self.

First Commandment: We are to worship and serve no other gods, except the Lord God Himself. Violating this steals the primacy that the Lord our God deserves in our lives; in other words, God should be Number One, period.

Second Commandment: The prohibition on idolatry. Worshipping the creation or a created thing steals the focus and glory which belongs to the invisible God.

Third Commandment: God’s Name is higher than any other and brings salvation (Acts 4:12). Using God’s Name in vain is stealing the reverence and awe it rightly deserves.

Fourth Commandment: Desecrating the sabbath steals the rest and refreshment intended for the individual. The focus on God, faith, and family, which should be our highest priority, is taken away, too.

Fifth Commandment: Dishonouring your parents, whom you can see, mirrors and amplifies dishonour of the Heavenly Father, whom you cannot see. Both the earthly and heavenly are denied the respect, gratitude and credit they rightly deserve.

Sixth Commandment: Murder is the stealing the life of another person.

Seventh Commandment: Adultery is the theft of someone’s intimacy, trust, virtue, vow. It is the vile breaking of the holy covenant and commitment that was promised on the wedding day. Marital love is stolen and carnal lust is put in its place.

Ninth commandment: False witness is another form of lying, and a major form of betrayal, stealing one’s reputation, dignity, livelihood, and peace.

Tenth commandment: Covetousness is the down payment for possible theft, defrauding another and endangering one’s soul, as do the violations of any of the other commandments.

If we will remind ourselves that theft in all its forms is wrong, and teach others likewise, think how much better off this world would be.

NEXT TIME: We will learn about the Ninth Commandment – and how precious truth really is.