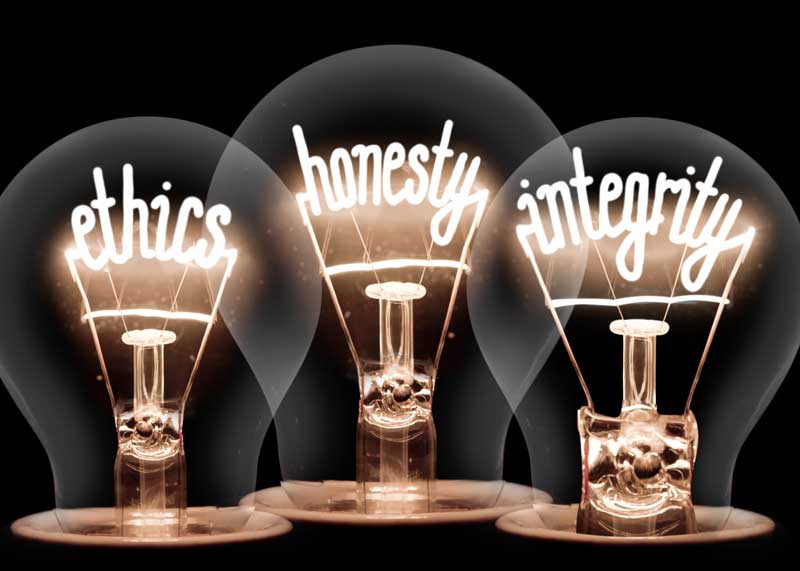 The ninth of the ten commandments is of the utmost importance: do not bear false witness. In other words, don’t lie. Yet, to be a person of truth does not happen by default but desire and design, not by wishful thinking but by being decisive and proactive. Also, it takes courage.

Truth is worth the fight. Learn more ….

A faithful witness does not lie, but a false witness breathes out lies – Proverbs 14:5

We have been examining – from several angles – the ninth commandment, which prohibits lying and false witness. Here in the fourth and final part of our series, we provide a summary of the challenge and opportunity that the battle for truth brings.

One of the key features of the last days leading up to the return of Jesus Christ to planet earth, and the establishment of His kingdom, is the issue of truth. When asked by key disciples at a special briefing about the signs of His coming and the end of the age, Jesus’ very first words were these: … “Take heed that no man deceive you” — Matthew 24:4.

Here’s an insight for last days living: Cleave to the truth as you would life itself, while simultaneously rejecting deception.

One of the greatest dangers we face in our world, especially today, is the war on truth. False ideologies have spread the notion that all truth is ‘relative:’ You have ‘your truth,’ I have ‘my truth,’ all truths are ‘equally valid’ and no one’s truth is superior to another. Inherent in this notion is that truth comes from within and then moves outward. This teaching can be distilled in some of the following ideas:

It is not that lying is anything new. It has been around since the serpent deceived Eve in the Garden of Eden. What is new is the expansion of lying across the board, including a spirit of deception and strong delusion.

Paul reiterates this exact warning in 2 Thessalonians 2:9-12, also in the context of last days. Heeding the words and ways of deception are more than an inconvenience; they can be deadly. The apostle speaks of the coming of the ‘wicked one,’ also known to the world as ‘antichrist,’ ‘man of sin,’ and ‘son of perdition’ (and many more titles). He comes with ‘signs and lying wonders.’ People who rejected the ‘love of the truth’ will embrace the ‘deception of unrighteousness.’ Without repentance and saving faith, this leads to a state of spiritual and eternal death.

Here is an important admonition: the devil and his minions are working overtime to lie, deny, and deceive. Yet, God commands us to avoid being deceived (2 Thessalonians 2:3). Should we fall for the lie, it is we who will be held responsible – not the devil – particularly because we have been exposed to God’s truth and He expects us to use it.

Deception leads to condemnation and death; believing truth leads to salvation and life. No wonder Psalm 91 describes God’s truth as a ‘shield’ and ‘buckler’ (Psalm 91:4). God’s secret place, which is the subject of this psalm, is a sanctuary of His enduring truth.

With lying and falsehood proliferating on an industrial scale, we need a Holy Spirit pushback, aided by our full cooperation. The Holy Spirit is the spirit of truth (John 16:13).

It takes courage to be a person of truth; any coward can lie. In the coming revival, expect a recovery of the majesty of truth – God’s truth. Then people will discover that truth does not come from within our warped unregenerate perceptions; it comes from outside, namely, from God.

So if you are sincerely looking for truth, you need go no further than the Lord God Almighty. He has bestowed His truth into three sources: Christ (John 14:6); the Holy Spirit (John 16:13); and the Word of God (John 17:17). In the meantime, value truth as you would value life itself and teach others likewise. The coming revival will be the rediscovery of God’s truth and when it comes, we will all be better because of it.

Fear Not: Truth will prevail.

(NOTE: We will soon have a look at the tenth commandment and its prohibition against covetousness

The Son of Man: Why Study the Gospel of Luke? Part 03