The Queen ‘Cancelled’ … At Oxford University? 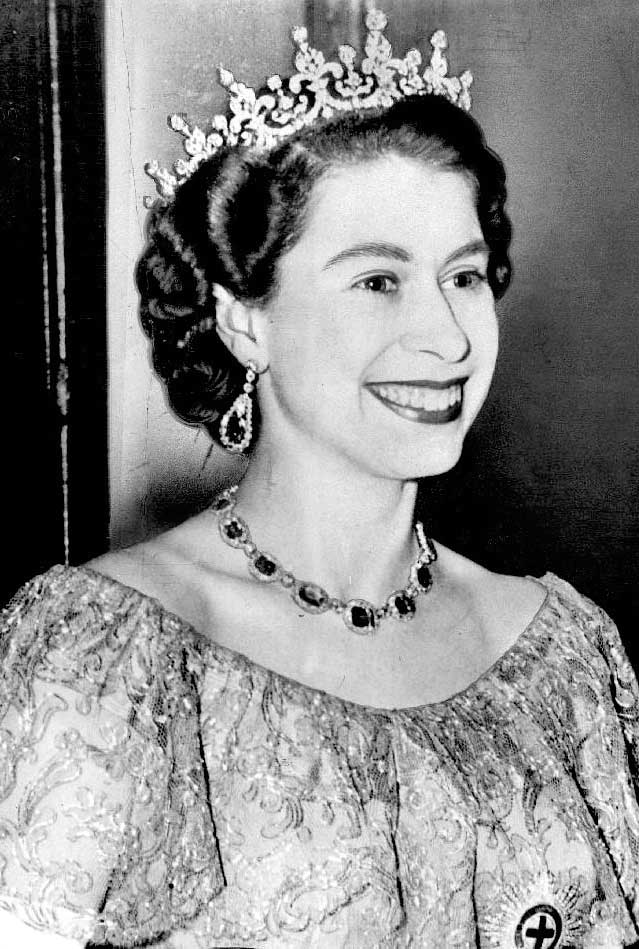 The Queen ‘Cancelled’ … At Oxford University?

It seemed like a harmless and non-controversial gesture. Seventeen members out of 250 of the ‘Middle Common Room’ voted to remove a 1952 portrait of the Queen since it could remind students of ‘recent colonial history.’ The reaction was a firestorm. Was this meant to be a big deal? Was the Queen really cancelled at Oxford? Most importantly, what do we learn about the big picture items.

It is considered the Number One, or Two, university in the world. She is the most well-known and respected leader on the earth today. They both live in the same country – indeed, they are within 1-2 hours distance from each other. Like horse and carriage, they are synonymous with the greatness of their nation.

Yet we are in a culture war with ‘political correctness,’ ’historical revision,’ ‘defund the police,’ with continuous attacks on national borders, traditions, and institutions. Part and parcel of cultural Marxism and the culture war is ‘cancel culture,’ which seeks to silence, de-platform, and, if possible, destroy, the object of its scorn. It doesn’t just target the little guy; even the rich and famous have been in its cross-hairs, like JK Rowlings, Donald Trump, and Franklin Graham (none of these have disappeared yet).

Did Queen Elizabeth II get ‘cancelled’ at Oxford University? It depends on how your perspective.

Here’s what actually happened. Magdalen College, one of the top schools of Oxford, has a ‘Middle Common Room’(MCR) for the graduate students. At a June 2021 meeting, 17 of the 250 MCR members, most of them international students, debated whether a 1952 portrait of the Queen should stay or be removed from the wall. The student president of MCR, Matthew Katzman, aged 25, from Maryland USA, led the charge for removal.

Katzman said the MCR should be a welcoming neutral place for all members regardless of background, demographics or views. The portrait of the Queen is ‘unwelcoming’ because its ‘depictions of the monarch and the British monarchy represent recent colonial history. Patriotism and colonialism are not really separable ….’ Being an American, Katzman would be unfamiliar with royal things and Magdalen, founded in1458, as well as the historical city of Oxford, are full of royal items, sculptures, and art.

It needs also to be noted the portrait has only been in the MCR since 2013; apparently, before that date there was no picture of the monarch. What the students were doing was simply exercising their democratic right to decorate their common room as they see fit. After all, if you can’t have freedom of speech in a university, what hope do we have for the rest of society (Note: Freedom of speech at university level is under threat … but that’s a separate matter).

The President of Magdalen, Dinah Rose QC, supported the students right to make that decision, in part because of the need to protect free speech in the face of cancel culture. Rose expressed personal admiration for the Monarch and the British values she upholds. These include debate and the right of freedom of expression, even if such is offensive and wrong. In conclusion, Rose said, ‘I strongly support the MCR’s exercise of that right, and their right to take democratic decision about their own affairs, including the decoration of their own space in college.’[1] Sounds reasonable.

So let’s not make this bigger than what it is — the portrait of the Queen will not be ‘hanging out’ with the Magdalen students. This is not Bastille Day.

Freedom of speech means the ability to speak your mind without censure; but it also means being ready to handle a response. Please consider the following:

RIGHT OF REPLY: In former times, public statements could be countered by opposing arguments. That’s part of the deal. Yet in today’s highly triggered, thin-skinned, prima donna snowflake world, you can’t have people exercising free speech, only to bubble wrap and whisk them to a ‘safe space’ so they can’t hear counter arguments. It doesn’t work like that.

Magdalen’s MCR decision did get some high-profile and negative responses.

Harry Mount, a graduate of Magdalen, wrote in The Daily Mail, that the student decision to remove the portrait was ‘the latest example of knee-jerk wokery’ (here’s a new word for you) and got him thinking how ‘how stupid very clever people can sometimes be.’

TIMING: Part of the outraged response has to do with timing and the monarch herself. Britain has just gone through a long lock-down, with all the trauma and stress it entailed. ‘Cancel culture’ has struck like a hand-grenade tossed into a crowd. The Queen had just lost her husband of 73 years, Prince Philip, on 9 April 2021, two months shy of his 100th birthday. Then there are the continued actions and statements of Harry and Meghan, even from far away California. The Queen is a strong survivor but it is still a lot to bear on a 95 year old woman. British people are feeling extra protective of the Her Majesty at this time.

It’s one thing to protest and oppose an unpopular king like James II, who spawned the Glorious Revolution of 1688. It is another thing to show ‘seeming disrespect’ to the longest serving and most popular monarch in British history. While the MCR students may not have intended any kind of insult towards the Queen, the timing during all these events was unfortunate and can be easily misinterpreted.

IGNORANCE: Though the graduate students at Magdalen can do what they want with their common room, at least offer a proper reason. To say that Elizabeth II represents ‘recent colonial history’ truly is absurd (Note: Cultural Marxist often throw around the word ‘colonial’ to make it synonymous with ‘racism’).

In her long reign, the Queen has presided over the peaceful decolonisation of the British Empire, from which emerged the Commonwealth of Nations. Many of these former colonies are enthusiastic participants in the Commonwealth, which consists of fifty-four sovereign nations, 2.4 billion people, of which 60% are under the age of 30. It is a big global multinational, multiracial family. The Queen is the titular head of the Commonwealth and greatly loved by its members; it is perhaps her finest individual achievement. To the students of MCR, you are free to do what you want in your common room, but come up with a better reason.

TREND: The MCR controversy is just a blip on the radar compared to a much bigger civil war brewing at Oxford University. Cancel culture includes toppling of statues, which has happened in the USA and UK. Historical figures are being ‘cancelled’ because of alleged links to slavery, however tenuous they may be. The National Trust, caretaker of historic homes and mansions throughout the UK, have 93 of their sites blacklisted because of supposed links to slavery by the original owners.

One reviled figure is Cecil Rhodes (1853-1902), whose statue is displayed prominently high up at Oriel College, a school he helped fund. Rhodes scholarship comes from him. The Left see Rhodes as an oppressive coloniser, while the other side said he is a historical figure; toppling his statue would ‘erase history’ and ‘censor the past.’ A head of one college at Oxford is boycotting cooperation with Oriel and tutoring its students until the statue is removed (Honest question: How does removing a statue help oppressed people?).

BIGGER THREAT: The monarchy faces a bigger threat than the removal of a portrait from a common room or Cecil Rhodes statue. Harry and Meghan, the Duke and Duchess of Sussex, have gone on record saying publicly ‘racism’ and ‘deception’ are found in the monarchy, the Commonwealth, the British press, and other unsubstantiated claims. These pronouncements may die down and be forgotten, which is the preferred outcome, or they could flare up again, either by the Sussexes or someone else who picks up the torch.

From a Biblical perspective, God is not in the business of cancelling out people, but of redeeming them from sin, giving them an abundant life in this world, and hope for the world to come. The things that gets cancelled include ‘sin, shame, and death.’

That’s the glory of the Gospel.