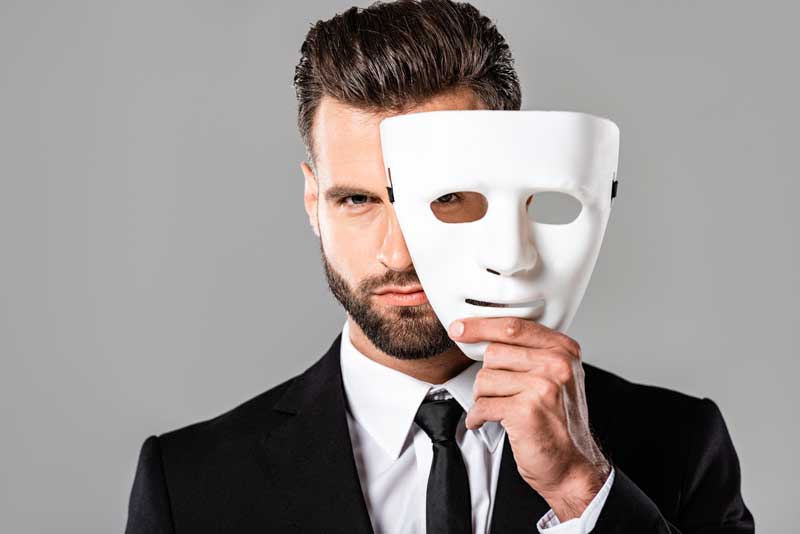 While lying and deception are becoming more commonplace, the Bible is very clear on the primacy of truth and the danger and destruction of lies. This is an introduction to the Ninth Commandment. It’s time for truth!

It is as old as the Garden of Eden, familiar as weeds in the field, common as colds in the winter. Yet, it is also a great evil that has spread faster than Covid on a cruise ship. What is this pernicious thing? We know it as ‘bearing false witness’ or, in short, ‘lying.’ It is the subject of the ninth commandment. While the command seems to be narrow – abstaining from false witness – it actually applies to the entire gamut of the falsehood industry.

The Bible has some very strong things to say when it comes to lying vs. truth. While it goes back to the beginning of human history, lying today has entered into an enlarged and dangerous phase.

We live in a corrupt culture that rejects objective and absolute truth for ‘framing,’ ‘narrative,’ ‘perception,’ and ‘relativism.’ Postmodernism, which represents a radical form of relativism, rejects the certainty of absolute truth. Everyone has their ‘personal truth.’ In a narrow way, they may have a point: Two people can be sitting in the same room. One person says they are ‘hot’ and the other ‘cold.’ Who is telling the truth? Both of them.

Yet, danger lurks beneath. One of postmodernism’s key phrases is ‘perception is reality.’ A person’s perception has replaced truth as the gauge of reality. If the person feels, ‘rejected,’ then they are ‘rejected,’ no matter how much those around them show love. If they think they can fly, who are you to tell them otherwise as they are climbing their way to the top of the skyscraper to jump off? Perception can be stubbornly moody and subjective, blinding a person from real truth. Such attitudes are an incubator for lies and deception. We need to ween people from ‘perception as reality’ to ‘truth is reality,’ but how? More about that later.

Yet, does the law of gravity apply equally to two people who jump off the cliff? If the speeding car crashes into a wall, do all passengers face the prospect of injury or death? Can two people enjoy the same sunshine at the same time and place? Or the same rain?

The Bible is clear: God’s Word is permanent, eternal, universal, and true (John 17:17). While there may be differences of interpretation on some aspects of theology (e.g. pre-tribulation vs. post-tribulation rapture), there should be no disagreement on the fundamental doctrines of the Christian faith, like those listed in Hebrews 6:1-2.

A society that rejects absolute and objective truth, especially God’s, is a sitting target for a pandemic of lies, deception, and delusion. Cultural Marxism, which has zero fidelity to truth or the western constitutional order, seeks to deceive, divide, and conquer. They tell us that mathematics is ‘racist.’ William Shakespeare, the finest playwright of all time, and Beethoven, the finest composer of all time, are denounced as ‘white supremacists,’ as is objective truth itself. The American Medical Association recommends that we delete the line item ‘Sex’ from birth certificates. Why? Because we can’t tell the gender of a new-born by genitalia alone. We can tell the gender of the animal world but now in the 21st Century we can’t on newly born humans? Furthermore, statements by people who are experts and credible in their field are being censored as ‘misinformation’ by ‘fact checkers’ (really, ‘truth-smashers) in positions of big tech power.

Here is some insight from the New Testament. Listen to this warning in 2 Thessalonians 2:9-12 (KJV):

Even him (antichrist), whose coming is after the working of Satan with all power and signs and lying wonders, And with all deceivableness of unrighteousness in them that perish; because they received not the love of the truth, that they might be saved. And for this cause God shall send them strong delusion, that they should believe a lie: That they all might be damned who believed not the truth, but had pleasure in unrighteousness.

Did you notice? In the very last days before the return of Christ, there will be:

Today, the battle for truth has spilled over into areas that, at least in some cases, were once reliable and credible bastions of veracity. In the ‘spirit of wokery,’ the media, education, judiciary, science, and medicine are more guided by politics and narrative than on bedrock truth. This distortion leads to delusion, which can be very dangerous indeed – akin to drunk driving.

Next time, we will look at the deeper spiritual cause of deception and begin to learn how to respond in the truth.