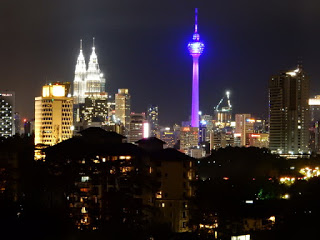 May 4, 2018Teach All NationsBlog
Malaysia is a very special country – beloved by its citizens and friends worldwide. Malaysia offers a warm welcome, ‘truly Asian’ hospitality, popular spicy food, tropical weather and scenery, and a dynamic local church. The following is a prophecy for the Malaysian church given on May 20, 2017 at Full Gospel Assembly, Kuala Lumpur, (following the introduction).

(Statistics courtesy of the CIA World Fact Book)
Location: Malaysia is on a peninsula in SE Asia. Singapore is to the south, Thailand to the north, and Indonesia is very close by. Two Malaysian states, Sabah and Sarawak, are located on the island of Borneo to the east of peninsular Malaysia. Borneo is shared by three nations: Malaysia, Brunei, and Indonesia.
Population of Malaysia: 30,949,962;
Ethnic groups: Malay 50%; Chinese 23%; Indigenous 12%; Indian 7%; non-citizens 8%.
Religious Affiliation: Islam 61%; Buddhism 20%; Christian 9%; Hindu 6%
Type of Government: Federal constitutional monarchy with the king as head of state.
Brief outline of Malaysia’s history:
•    Britain established colonies and protectorates in what is now known as Malaysia.
•    During the Second World War the country was occupied by the Japanese.
•    Federation of Malaya was formed in 1948.
•    Full independence was gained from Britain on August 31, 1957.
•    In 1963 ‘Malaysia’ was formed by the admission of Singapore, Sabah, and Sarawak to the Malaya federation.
•    Many challenges in the early years including Singapore’s departure from the federation  in 1965, a communist insurgency, communal riots in 1969, troubles with Indonesia and Philippines making claims to Sabah.
•    Under Prime Minister Mahathir bin Mohammad (1981-2003), Malaysia had a period of economic growth, developed infrastructure, broadened the economic base from raw materials to manufacturing, goods and services, and tourism.
•    Current Prime Minister Mohammad Najib bin Abdul Razak has been in power since April 2009.

Prophecy for The Malaysian Church 2017

God’s Rainbow
Do not be surprised by the rumblings inside and outside the nation. Though things are brewing and nations of the world are in a turbulent, tempestuous state (Psalm 2:1), there is a greater good awaiting you and it comes straight from the Lord your God. The King is coming (Psalm 2:6; Revelation 3:11; 22:7, 12, 20). Those who trust in the Lord and obey His word stand on the unshakeable rock (Matthew 7:24-25).
The Lord your God put His rainbow in the sky in the days of Noah (Genesis 9:11-17). It was a sign of beauty, peace, and covenant, namely that the earth would not be destroyed again by a flood. So again in these latter days the Lord is putting His special rainbow above your nation Malaysia, as indeed it is known as the ‘rainbow nation.’
This rainbow is also a sign of God’s covenant, especially with His people in the land. It gives the promise of:
•   Peace: Even though there are forces of division, turmoil and lawlessness, God’s rainbow will keep the peace in the land provided that His people obey His voice;
•   Protection: The rainbow will overshadow and protect those who put all their trust in the Lord —all of the time.
•   Blessing: The Lord’s priority is building His kingdom and blessing all those who cooperate in its extension. Therefore, abound in the work of the Lord and reap the benefits of His rainbow.
Double-Portion: God’s Ark with the Rainbow
But as the days of Noah were, so also will the coming of the Son of Man be — Matthew 24:37
•   Ark of the LORD under the Rainbow: Just as the ark and rainbow were linked in the days of Noah, so shall they be in these latter days. Therefore, underneath the rainbow is the Ark of the Lord. This is not the Ark of the Covenant. It is a latter-day ark of Noah in the Spirit. This ark is the Name of the Lord, which is a strong tower. The righteous run into it and are safe (Proverbs 18:10). This ark of protection is like Elisha’s double portion, adding another layer of blessing to keep God’s people prosperous, peaceful and blessed in the midst of changing times.
•   Entering and Remaining in the Ark: Yet, in order to enter and remain in this ark under the rainbow, it is imperative that the people of God remain in a state of readiness. This readiness is made perfect through:
1) Prayer: Prayer in the Spirit and in the understanding also (I Corinthians 14:15);
2) Praise: Continuous sacrifice of praise before God (Hebrews 13:15), the fruit of your lips;
3) Fasting: God’s chosen fast, which brings power and breakthrough (Isaiah 58);
If the Church in Malaysia will continue to do what all churches everywhere are called to do (Acts 1:8; 2:42-43, 46-47), then it will abide in God’s ark, overshadowed by God’s rainbow, and terror, fear, instability, will be kept far from it.

God’s rainbow, overshadowing the Ark of God, will by prayer, praise, and fasting filter out the evil spirits of division, corruption, lawlessness, and fear, allowing the church in this land to continue to function without hindrance or fear. Just as the prayers of the Korean church have kept the peace for decades on the Korean peninsula, so the prayers of the church in this land will keep the forces of darkness at bay – now and in the times to come.