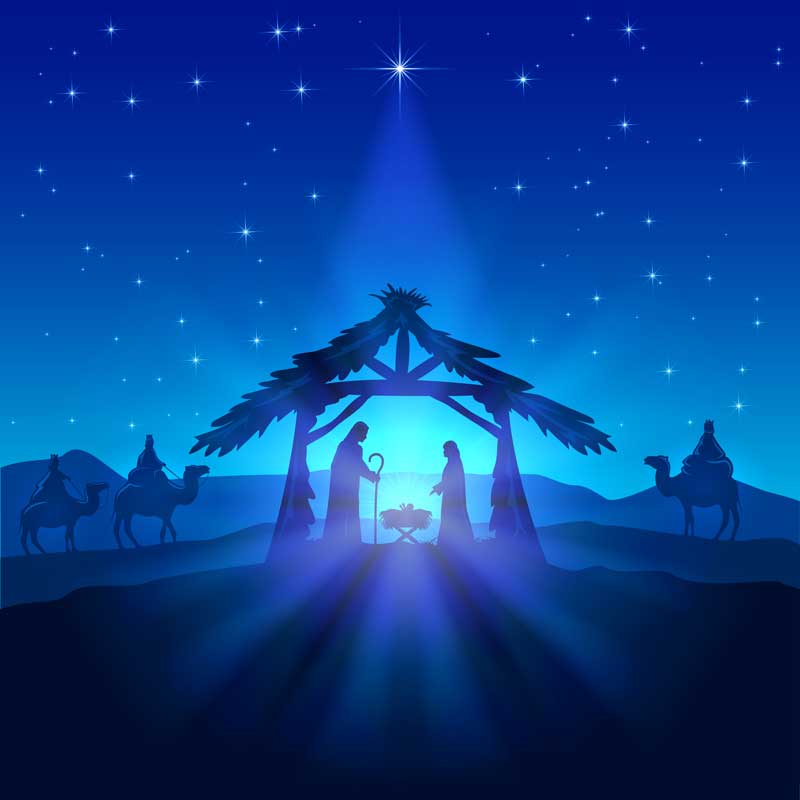 Are the Magi (Wise Men) Part of the Christmas Story?

They are a familiar and valued part of any Nativity Scene at Christmas. Three wise men, huddling around the manger containing the new-born Christ, along with shepherds and livestock. But is this historically accurate? Is it Biblical?

While the wise men’s visit is a solid Biblical event, we should ask the question: Are they part of the Christmas story?

It is a familiar and welcome scene during the Christmas season. Three men, with a star above them and camels beneath, rode from the East and came to visit the Christ child. In order to meet the new-born infant, they had to crowd into the ‘maternity barn’ full of shepherds and livestock. Many an olive wood nativity scene has replicated this setting millions of time.

This Christmas, we want to explore the story of the wise men and their divinely appointed visit with the young Jesus. While we are respectful of tradition, we are even more respectful regarding what is written in God’s Word.

Now when Jesus was born in Bethlehem of Judaea in the days of Herod the king, behold, there came wise men from the east to Jerusalem, Saying, Where is he that is born King of the Jews? for we have seen his star in the east, and are come to worship him. When Herod the king had heard these things, he was troubled, and all Jerusalem with him Matthew 2:1-3

Background: A little background information would be helpful. The land of Israel was under Persian and Hellenistic rule during the 400 year period between the end of the Old Testament (Malachi) and beginning of the New (Matthew).

Around 164 BC the Jewish people became autonomous under the Maccabee / Hasmoneans. Yet they were so disunited and prone to internal feuding that a century later Rome stepped in 63 BC to stop the squabbling.  Once they took over, Rome would not leave. They appointed Herod as ‘King of the Jews’ around 40 BC.

At that time Judaea was invaded by the Parthians, predecessors to the modern Iranians. They were a chief rival to Rome and a thorn in its side. Judaea was a buffer state between the two enemies. Herod, newly-installed, had to flee to Alexandria until Rome retook the country in 37 BC.

It was at this point his reign began in earnest. Though he built the Jews the magnificent temple in Jerusalem – the one Jesus knew – they loathed their puppet king and would happily work with the Parthians or anyone else who would overthrow him.

Magi & Herod: Knowing these facts will help you understand Herod’s crazed reaction. The wise men, known as magoi in Greek, came from the East. The most likely place of origin was Persia / Parthia, which had the Zoroastrian religion. It believed in one God Ahura Mazda and was superficially similar to Judaism. We don’t know their names, though in the sixth century AD three names emerged: Balthasar, Melchior, and Gaspar.

The Biblical text says that when the wise men arrived, Herod was troubled and all Jerusalem with him. How could three men on camels be considered a threat? That answer: they can’t. These wise men were high officials, if not ‘three kings,’ and they probably came with an armed escort of dozens, perhaps hundreds of men. Herod, a paranoid man in the best of times, well remembered his near escape from the Parthian invasion of 40 BC and this large contingent from Persia would have no doubt spooked him. One false move and the ‘wise men’ and their guards, coupled by many Herod-hating Jews, could have overthrown him.

Yet the purpose of their visit was not for war but for worship. The wise man paid a courtesy call to Herod, being the host of the land, and asked of him a simple question: where is He who was born king of the Jews? Whether this was an innocent inquiry or calculated insult is not easy to say. But what is for sure was that Herod, the able administrator, master builder, and obsessively anxious puppet king, was highly incensed. Despite all the trappings of royalty, he knew in his heart of hearts that he really was not the legitimate king of Israel. The young child now became his greatest rival yet.

Of course, Herod was not Biblically literate, so he had to find out from the scholars where Messiah would be born. They gave him an immediate answer: In Bethlehem of Judaea, a mere ten kilometres from his Jerusalem palace. How did they know? The prophet Micah said so seven hundred years earlier in his famous passage Micah 5:2. So Herod dispatched the Magi to Bethlehem. Before they left, Herod asked them to return and tell him where Christ was located so he could worship Him, too. It was a deadly lie.

At this point, we realise that the Magi probably need not bother Herod at all. Like a supernatural ‘GPS,’ the ‘Star of Bethlehem’ lead them from the East was poised to lead them all the way to Messiah. While there are some famous mentions of stars in Scripture, one commentator said that the ‘Star of the King of the Jews’ (Matthew 2:2) was probably God’s shekinah glory, courtesy of the Holy Spirit.

Here’s where the story gets a little tricky so we need to balance the narrative in the Gospel of Matthew with that found in Luke’s Gospel. In Luke 2:39, within days of Jesus’ birth in Bethlehem, He was presented in the temple. From there the holy family returned with the infant to their home in Nazareth of Galilee. No mention of the flight to Egypt, which happened much later.

Matthew 2:11 says the wise men came into a ’house,’ not a barn or cave with a manger. Joseph and Mary were unlikely to have a house in Bethlehem,  if they had one, they would not sought accommodation in a cave since there was ‘no room at the inn’ – Luke 2:7. So where did the holy family have a ‘house?’ Nazareth.

Therefore where did the Magi’s visit occur?

“When they had heard the king, they departed; and, lo, the star, which they saw in the east, went before them, till it came and stood over where the young child was” — Matthew 2:9.

The star took them to the exact location of the holy child. While the Bible is silent on the precise location, it had to be with a house. With that criterion, Nazareth may be the more likely location than Bethlehem.

And ‘when’ did the visit occur? Herod’s murderous rampage against the male toddlers of the Bethlehem region, “ … from two years old and under, according to the time which he had diligently enquired of the wise men” — Matthew 2:16ff. So Jesus could have been a year and a half or two years old when the famous visit occurred.

Wherever the visit happened, the wise men gave their gifts directly to the young Jesus and worshipped Him wholeheartedly. Frankly, the only reason we say, ‘three wise men’ is because three gifts were given: gold, frankincense, and myrrh. Gold stands for royalty, incense is for divinity, and myrrh for embalming the dead. After their historic visit, they returned to the East another way, ignoring Herod altogether. As a result, the mad monarch felt mocked and swore to kill all male toddlers in the Bethlehem region, two years old or younger. So the holy family escaped to Egypt and possibly supported themselves by the gold Jesus received. They stayed put until they heard the news that Herod was dead (Matthew 2:15).

It is not our intention to spoil anyone’s Christmas or dismiss their nativity scene, but the chances are very high that the visit of the Magi did not happen at the time of Christ’s birth, they did not meet the shepherds of Bethlehem, nor is it likely that they gave their worship and gifts in Bethlehem.

At the same time, we strongly affirm that the visit of the Magi did occur and is a valued part of the Biblical narrative. With this in mind, let us remember that oft quoted motto: