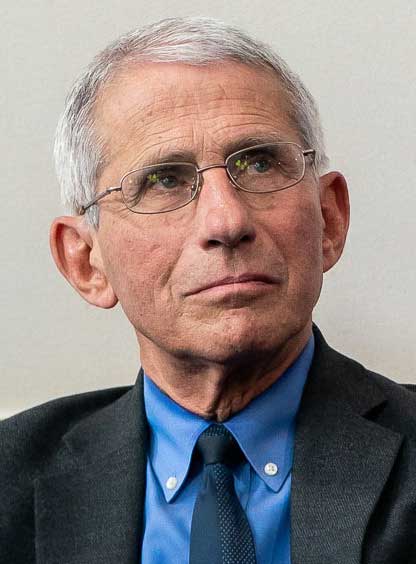 During the height of the 2020 Covid-19 pandemic, he was the face of President Trump’s coronavirus task force. A senior bureaucrat since the days of Ronald Reagan (1984), he was the ‘trusted and respected’ voice to help guide and comfort an anxious nation. His statements guided widespread pandemic policy, like masks and lockdowns.

His name is Dr. Anthony Fauci. The release of his 3,200 pages of emails has caused a firestorm. Why is that the case? Is it a game-changer? Or a smoking gun?

During the height of the 2020 Covid-19 pandemic, he was the face of America’s national response. His name became a household word. Many considered him ‘America’s Doctor,’ having served as the chief medical advisor to every US President since Ronald Reagan.

The man: Anthony Fauci, scientist, physician, and immunologist. He is the Director of the American National Institute of Allergy and Infectious Diseases (NIAID). He was the lead member of President Trump’s White House Coronavirus Task Force. An anxious nation looked to his voice of reason, calm, and knowledge to get through the scourge of the pandemic. Fauci enjoyed great favour with the mainstream media.

Is that image changing? With the release of 3,200 pages of emails through Buzzfeed thanks to the Freedom of Information Act (FOIA), it appears there is another side to this ‘respected and trusted’ face of Fauci. Though there is still much to sort through and the emails are redacted, yet things look questionable, if not ominous.

Remember at the outbreak of the pandemic? The world was told that Covid-19 came from bats in the Wuhan wet market. Yet, this explanation did not satisfy. Reports came that the Wuhan Institute of Virology (WIV) may have been the source. Fauci denied it and the mainstream media criticised anyone advocating this position as a ‘conspiracy theory.’ Of course, since Donald Trump was the biggest proponent of the ‘lab leak,’ the media was even more insistent that it was wrong.

Then Wall Street Journal reported that in November 2019, just before the outbreak of the pandemic, three researchers at WIV had been infected with Covid like symptoms. This put more credence into the theory. This report may have lit the fuse.

Attitudes began to change when a delegation from the World Health Organisation (WHO) went to WIV in January 2021 to inspect the facility. They were only allowed three hours in the facility by their Chinese hosts and faced other limitations. This visit breathed new life into the ‘lab leak’ theory. Then, in May 2021, eighteen prominent scientists signed an open letter asking for a full investigation of the WIV.

Dr. Fauci denied there was a lab leak for the longest time. Only recently he said that he is ‘not convinced’ that Covid-19 developed naturally (meaning, through bats at the wet market). It is beyond the scope of this article to go into all the details – they are massive, being processed, and redacted – but please consider: Fauci’s NIAID, via the Ecohealth Alliance, gave money (in the millions) to WIV and deny the virus leaked from the lab. Why the donations to WIV and why the denial?

Fauci finally admitted to doing the funding but said it was to avoid an outbreak on American soil. Since this was the case, if the lab leak theory is true, then America basically helped fund a pandemic!

One of the main issues is ‘gain-of-function’ (GOF), where you juice up a virus and make it potent, either to develop a vaccine to counter it or weaponise it for bio-terror. We may never know the true motivation since much documentation was destroyed. However, the emails appear to show that Fauci knew about the GOF at WIV and approved it.

In summary, what have we learned about Fauci and the emails?

He knew about the uselessness of masks and of the lab leak, but he was prepared to tell the supportive media keep the myth of masks and Covid’s ‘natural wet-market origin’ for months. They were his rock weiler to anyone who strayed from this narrative.

THE BIG QUESTION: However, there is a really big question that has nothing to do with the emails. Just days before Donald Trump was inaugurated US President in January 2017, Anthony Fauci predicted that the incoming administration would face a major public health challenge in the area of infectious disease and there would be ‘a surprise outbreak.’ In essence, he predicted the 2020 pandemic three years before it happened.

How did he know for sure it would happen?

Why was he so confident it would happen?

Most telling, why did he not use his knowledge and good office to fight this thing? According Sky News Australia’s Sharri Markson: quote ‘Fauci is the man solely responsible for lifting the US ban on this risky research in 2017.’

What were the results of it all?

The United States (and the world) was locked up, masked up, with a wounded once-healthy economy. People lost income, jobs, businesses and their health. Lives were turned upside down, school children were kept from the classroom – the price was enormous. And Anthony Fauci was a key influence behind these decisions.

What does all this mean?

Former (US) Center of Disease Control (CDC) Director Robert Redfield: I was threatened and ostracised because I proposed another hypothesis (to the origin of Covid) … I expected it from politicians, I did not expect it from science.’

Beyond Anthony Fauci, what can we learn from this? By now we know that political correctness, spawned by cultural Marxism and postmodernism, has had a significant and adverse effect on society. However, if you think that it is only limited to politicians and mainstream media, think again. PC and playing politics is found in all areas of life, including Christendom and science.

While we have been led to believe that scientists are paragons of objectivity in research, the Fauci emails offer a different view. Scientists can have the same pre-conceived prejudices as anyone else. Even when they want to be unbiased, the pressure of obtaining funding for research projects is so great that they feel the need to ‘bow the knee’ to the PC party line.’ Remember that next time you are told there is ‘scientific consensus’ and ‘settled science’ vis a vis man-made global warming or evolution.

Solution? In the natural, we need to demand more transparency and accountability from public figures. A professional, impartial media based on true journalistic standards, would be a great place to start. Private citizens can exercise this prerogative and have more power that realised. Some of them, with a phone camera and healthy curiosity, are becoming ‘citizen journalists.’

More importantly – and effectively – is a widespread latter day outpouring of the Holy Spirit (Acts 2:17). Wait on God and pray fervently, knowing that God’s best is worth the wait!

David & the Conquest that Changed the World: History of Jerusalem Part 02