Has Australia Gone Mad? Is this Covid Tyranny in Action? Part 01 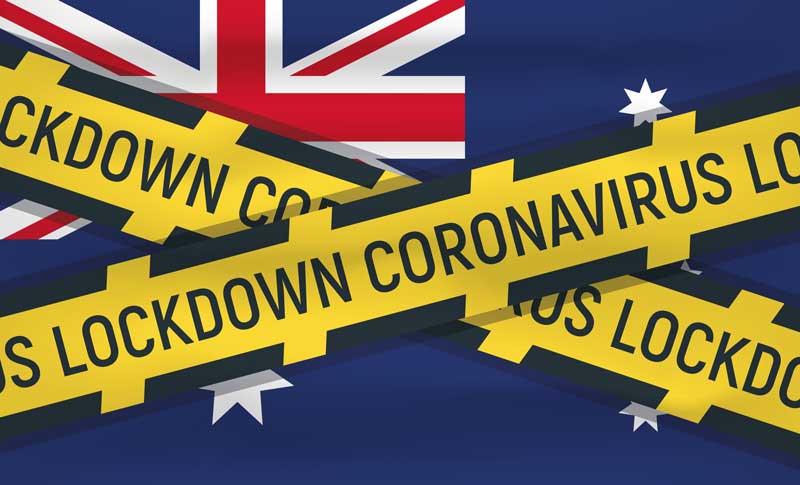 Has Australia Gone Mad? Is this Covid Tyranny in Action? Part 01

1 year ago
Teach All Nations
Australia, Blog
Once adored as a unique, friendly, free and prosperous land, Australia’s Covid response has subjected it to severe international criticism. What’s really going on in the ‘land down under.’

Under normal circumstances, Australia’s international reputation is very positive, though often not in the news. While the world knows little about the ‘land down under,’ what they do know includes iconic kangaroos, koalas, the Great Barrier Reef, Sydney Opera House, a coveted migrant destination with enviable lifestyle, prosperity, peace … and freedom.

Australia Reacts to Covid;  The World Reacts to Australia

Look at these international headlines:

‘Australia Traded Away Too Much Liberty: How long can a democracy maintain emergency restrictions and still call itself a free country? — The Atlantic

‘How long can Australia go on like this?’ — The Guardian

Florida governor Ron de Santis declared that Australia is ‘not a free country.’ He wondered why America has diplomatic relations when they are acting unfree. Finally, the governor asks: ‘Is Australia freer than communist China right now?’ 29 September 2021[1]

US Senator Ted Cruz (R-TX), pledging his love for Australia, the ‘Texas of the Pacific,’ says the Covid restrictions and vaccine mandates are ’disgraceful.

Four Polish MPs, whose country was under oppressive communist rule during the Cold War, stood outside the Australian embassy in Warsaw. Their goal? To denounce what they perceive to be a slide to the very tyranny from which they were liberated. Former president of KoLiber, Jakub Kulesza stated: ‘What is happening in Australia cannot be called democratic. Australia has contracted COVID madness. Australian police oppress, harass and attack peaceful citizens, depriving them of their fundamental freedoms.’

Kulesza asserted that ‘continued heavy lockdowns‘ are totalitarian, arguing that ‘these drastic measures have led to record increases in infections, showing that drastic restrictions do not make sense.’[2]

In Manhattan, New York City, protestors marched to the Australian consulate, chanting ‘Save Australia.’ Why such a response? Because of excessive Covid lockdowns, perceived police brutality against protesters, broad-stroked vaccine mandates which resulted in people quitting or losing their jobs, curfews with helicopters flying overhead, prohibition from travel more than five kilometres from home, limited outside human contact, and more.

Overseas Aussies could not get ‘in’ and Aussies at home could not get out (though that is finally changing after a year and a half). Sounds more like divided, Cold War Berlin or Castro’s Cuba.

Let’s face it: this is not the Australia we know and love. What’s happening and why?

When Prime Minister Scott Morrison was in the United States in September 2021, he was asked by journalists if Australia had sacrificed its liberty in pursuit of Covid management or elimination.

“If we’d had the same rate of fatality of OECD nations on average, more than 30,000 Australians additionally would have passed away. We took action to save lives,” the PM replied.

American conservative firebrand Candace Owens, who is not backward in coming forward, declares ‘Australia is a tyrannical police state. Its citizens are quite literally imprisoned against their will.’ Owens compared Australia with the Taliban and asked ‘What’s the difference?’ (NOTE: A lot, as a matter of fact).

While there may be hyperbole in some international reactions, it seems that an international (and domestic) consensus is that Australia has had some of longest lockdowns, absurd restrictions, and ludicrous penalties … with the promise of more to come.

While ‘lockdowns’ and ‘vaccine mandates’ are not unique to Australia, it is the seeming overreaction and strong-armed tactics that have the world gasping. Such notions were normally reserved for totalitarian regimes run by illiberal despots, not a parliamentary democracy in what is meant to be the free world, serving and representing the people.

If we are going to solve a problem, first of all, we have to understand what is the problem and why. Once this is done, you are halfway towards the solution.

What factors have determined Australia’s heavy-handed Covid response? In our next edition, we will learn the role of the media, irrationality, progressivism, old-fashion hunger for power, culture war, and more.