Israel at War – Again. Why? 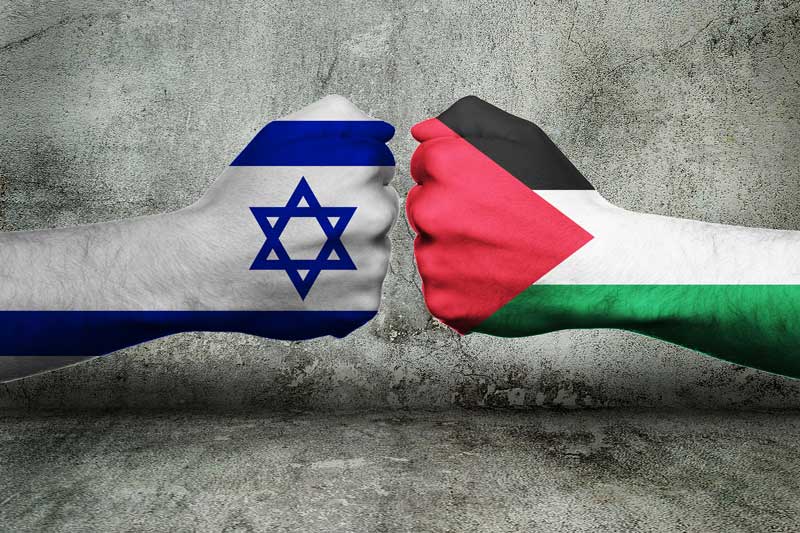 Israel at War – Again. Why?

It is a familiar sound that had not been heard for a while: air raid sirens in major cities. People fleeing to bomb shelters. A thousand rockets had been fired into Israel within a period of 24 hours. While Israel’s Iron Dome intercepted many rockets, some got through, resulting in the death of six people, including an Arab father and daughter. Israel retaliated by bombing targets in the Hamas-controlled Gaza Strip. Several dozen people were killed, including Hamas leaders. It’s horrible, nasty, and deadly. But why now?

When it comes to the conflict between Israel & Palestine & the Arabs, it is easy to get it wrong. Part of the reason is that we are dealing with thousands of years of history, cultural clashes, and vastly different world-views. Also, there is temptation to over-simplify the causes of conflict, or view it from a one-dimensional secular political perspective. Unfortunately, the media has not helped – either through ignorance, ideological bias, or both.

Gaza & Hamas: The Gaza Strip is a small, overcrowded Palestinian enclave between Israel and Egyptian Sinai that came into being as a result of the 1948 Israel-Arab War. It is the most densely populated territory on earth, with 1.9 million people in territory 42 km by 6 km. From1967-2005, Israel occupied the Gaza Strip. Approximately 8,000 Jewish settlers live in 30% of the strip in 21 settlements. Then in 2005, Israel under Prime Minister Ariel Sharon unilaterally withdrew from the strip and handed it over to the Palestine National Authority in Ramallah. Two years later, in a violent coup the Islamist militant group Hamas seized the strip and has ruled it ever since. Thus, it was under Hamas that the wars with Israel began, including 2008-2009; 2012; and 2014.

More deadly: What makes the conflict of 2021 more deadly is that Hamas is much more heavily armed, thanks to its Iranian friends. The Islamic Republic provides money, training, and weaponry. Hamas rockets are now heading towards Israel’s two major cities: Tel Aviv and Jerusalem. The latter’s population is one-third Arab and houses Islam’s third most holy site, the al Aqsa Mosque.

Yet, another ominous sign is that Arab citizens of Israel are rioting in tandem with the Hamas rocket fire. Normally quiescent, commentators say this is unprecedented and potentially deadly.

The multi-faceted nature of the current conflict needs some explanation within the short amount of space we have here. There has been unrest for several weeks. Consider the ingredients of a potential tinderbox.

The Bigger Picture: The media will tell you the conflict is over the proposed Sheikh Jarrah Arab evictions (being appealed in the Israeli Supreme Court) or unrest at the Temple Mount. It is far bigger than that. For decades, the Arab world and the global community have said that the ‘Israel-Palestine issue’ is the most pressing foreign policy issue in the world today. Failure to resolve it would result in Middle East or even world war. Now, an increasing number of Arab states have lost patience and interest in the Palestinian cause, known in Arabic as al Qadiya al-Filastiniya. The Palestinians feel betrayed and want to get back on the Arab radar.

Other issues include inter-Palestinian division: Hamas, Fatah and the Palestinian Authority do not get along and the Arab world’s brokered attempts at reconciliation have failed. Another major challenge. Arab nations have their own issues to fix, including their response to Covid-19. They are concerned and annoyed over the alliance of Hamas with regional rivals Iran and Turkey. Donald Trump, ignoring decades of US foreign policy, stopped funding the Palestinians, opened an American Embassy in Jerusalem without major bloodshed and forged peace agreements with Israel and Muslim nations, known as the Abraham Accords. Trump disproved the prevailing notion that the Arab nations would never make a separate peace until the issue of Palestine was resolved. Palestine Authority President Mahmoud Abbas, called for local elections which have not been held since 2006, then cancelled them and blamed Israel. The current US administration has restored funding to the Palestinians of $290 million. Hamas wanted to take the stage, ‘defend al Quds’ and ‘al Aqsa,’ while sending rockets towards Jerusalem!

Iran is fighting a proxy war with Israel through Hamas; who is not the only adversary. Iranian allies in Lebanon, Syria, Iraq, and the Houthis in Yemen, all have the capability of firing rockets into Israel, thus broadening the war. In every direction Israel is under the shadow of rocket fire.

Spiritual side: When it comes to the Middle East conflict, there is more to the problem besides the politics. You have different religions and their respective theologies, including what will happen in the last days. Great insight can be gleaned from Psalm 2, which asks the question of why the nations are in turmoil? The bottom line has to do with their resistance, indeed, rebellion, to the living God.

Yet He who sits in the heavens shall laugh (v. 4) and, despite furious opposition, the Lord will place His king on the holy hill of Zion (v. 6). It is not a matter of partisan politics or divine favouritism – it is an issue of redemption for all people. By all means, in the current distress, pray for Israel and the Palestinians for peace and protection. Yet, since Bible-believing Christians believe that the king is coming, what we are witnessing may be nothing less than the birth pangs of a coming revival, if not the coming kingdom (vs. 8-12).