Kabul Calamity: What Does It Mean? 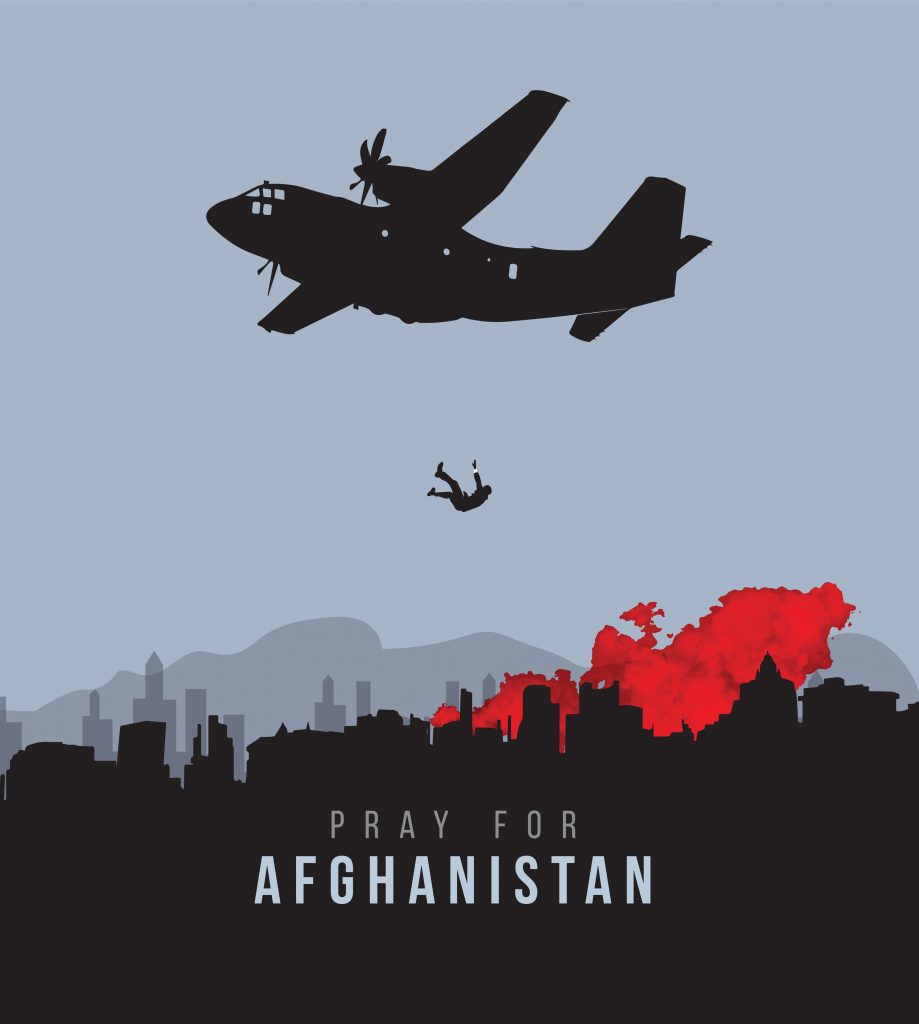 Kabul Calamity: What Does It Mean?

It may be half-way around the world – and seemingly on another planet – Afghanistan matters. Here is a closer look at what is happening.

Afghanistan maybe half-way around the world – and seemingly in another planet – the fact is that it matters. Responsible citizens needs to know and then respond accordingly.

After twenty years of war, engagement, and ‘nation-building,’ America and its allies are withdrawing from Afghanistan.

We were told that now is the time.

Intelligence agencies said it would take eighteen months for Kabul to fall to the Taliban.

Only in July 2021, Mark Milley, Chairman of the Joint Chiefs of Staff, said the Afghan security forces had the capacity to sufficiently defend themselves. They had twenty years of training and tens of billions of dollars worth of high quality US weaponry. They had two air bases in Bagram and Kandahar.

Joe Biden said that the Afghan army had 300,000 troops, armed with high quality US equipment versus 75,000 Taliban. ’There is going to be no circumstance in which you are going to see people being lifted off the roof of an embassy of the United States from Afghanistan’ and, ‘I trust the capacity of the Afghan military.’

Thus, the White House affirmed there was ‘No chance – none’ of repeating the disgraceful scene from Saigon 1975, where people where scampering up a ladder to a waiting helicopter on the top of the US embassy to escape the victorious communist North Vietnamese as they swept into power. It is a photo that haunts America to this day.

Yet, on August 15, 2021, while America troops were still in the country, the Taliban walked into Kabul. Early that morning, Afghani President Ashraf Ghani fled into exile. He knew what was coming. America only had 2,500 personnel in Afghanistan when the White House announced the withdrawal; now, they sent 7,000 troops in to supervise it. Call it the ‘Kabul calamity’ and it spells trouble to America and the world.

Kabul collapsed into the waiting hands of the fundamentalist Islamist group called the Taliban. Disturbing scenes from Kabul Airport, the last stronghold of US presence, where desperate Afghanis were crowding at the gate to escape the advancing Taliban. More distressing, ‘objects’ falling from the sky from the plane were people who clung to the departing plane, only to lose their grip and fall to their death from 100s or 1000s of metres above. Or people and children trampled to death because of the crowds. Or, the tragic double-suicide bomber from ISIS-K at the gate of Kabul Airport, killing one-hundred plus, including thirteen US service members.

The Taliban (meaning ‘student’) have taken over Afghanistan. They were in power once before. During their previous administration from 1996-2001, they were known for a strict, puritanical adherence to Islam, some say a medieval version. They were particularly remembered for their opposition to girls getting educated and blowing up the two 50 metre high Bamiyan Buddhas, 1,500 years old, carved on the side of the mountain. Reports from that period included whipping, stoning, torture, beheadings, rapes, forced marriages, girls denied schooling and work, and a return to pre-modern living.

The country will be called the Islamic Emirate of Afghanistan.

Twenty years in exile has made the Taliban stronger, more determined, and supposedly more media savvy. Messages sent out include: Afghanistan will not become a terrorist base; woman will be respected; no retribution will come to those who worked for the Allies. Sounds good. However, will that be the case? One astute expert said that the Taliban leadership may or may not have control of the various factions under its banner. The transition to full power will be bumpy and some groups are already executing ‘collaborators’ and tossing their bodies into mass graves – with or without the permission of the central authorities.

But it gets worse: Global jihadism received a major boost. Thousands of jihadi prisoners in Afghanistan have been released. Would-be jihadist from around the world maybe coming for training and support – a terrorist reunion – like they did before 9-11. ‘Holy warriors’ could fill Kabul-bound planes. And they have the billions of dollars of America equipment at their disposal (of course, the question is, will they know how to use them? Or get them serviced and repaired?).

Can the West fight back? Yes, they can, but it will be much harder, since there is no presence in the country and the neighbours aren’t friendly. Like the rise of ISIS and al Qaeda, jihadists want to export their jihad globally and establish a caliphate, with Jerusalem as capital.

China, ever ambitious, will step in and build its new ‘silk road’ from China westward via Afghanistan, probably through their ‘Belt and Road Initiative.’ They will gain access to Afghanistan’s rare earth reserves, of which China has much of its own.

There are thousands of Afghanis who worked for the Allied Forces who face imminent danger from the Taliban. Though promised help – and visas – by their western partners, the poorly planned, rapid troop withdrawal means they will be left behind to face a dire fate.

At this moment, there are thousands Americans and other westerners still in Afghanistan. They have been told NOT to go to the airport, find somewhere safe, and there are no guarantees that the government can get them out. NATO allies, which sent soldiers to Afghanistan in solidarity with the Americans, were also left stranded by a lack of communication and coordination.

Then there is the small but growing Christian population, many of them converts from Islam. The Taliban told them we know who you are and we are coming to get you. One Christian told his/her global friends that they would be seeing Jesus within the next two weeks. According to Evangelist Robby Dawkins, who works with Afghan believers, says that the church is strong and in no way will it be extinguished – though that does not mean the absence of suffering.

In this article, we looked at what has happened; in the next one, why it happened? In the meantime, pray for Afghanistan: Safe evacuation, wisdom and grace for military and political leaders, angelic intervention, and protection for the innocents (especially women and children).