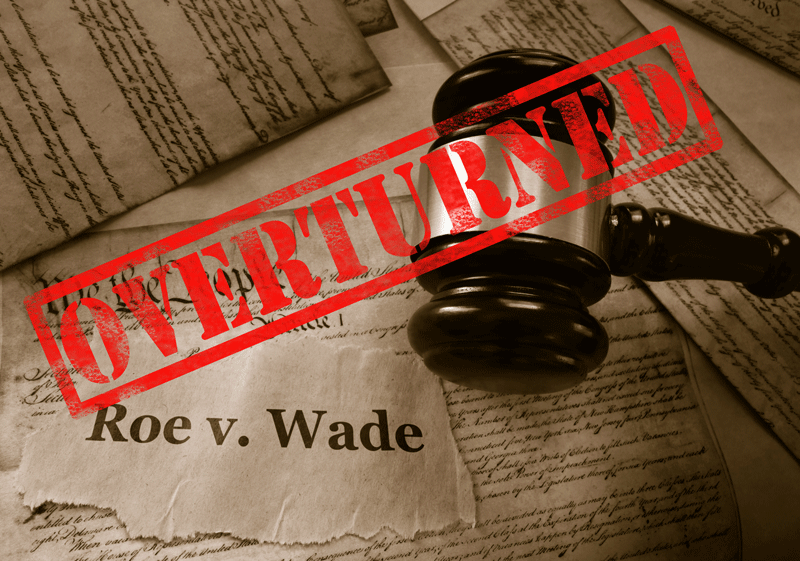 The highly anticipated overturning of a forty-nine year old US Supreme Court ruling called Roe v. Wade has cause ripples around the world, including protests in Australia. Why all the fuss? For starters, Roe is more than just about abortion and it affects more than just the United States.

The demise of Roe represents the clash of two major world views and a possible turning of the corner. Here are some thoughts about the bigger picture.

Melbourne, a city that has been my home for thirty years, had protests. This is nothing new in the world’s once ‘most liveable city,’ now rated Number Eight. Sometimes Melbourne can host rowdy, even violent protests. Wasn’t it the city that tried to tear down Oral Robert’s gospel tent in 1961? Mobbed British Prime Minister Margaret Thatcher at Burke Street Mall in 1988? Returned the compliment to then US President George HW Bush in 1992?

This time, the protestors made their views known about abortion – in the United States. They were protesting the overturning of Roe v. Wade, the 1973 US Supreme Court decision that mandated all fifty American states must provide abortion services, at least in the first trimester. The 24 June 2022 five to four ruling reversed Roe and returned the matter of abortion to the individual states to decide on their own. California and New York will continue to be major abortion states. Other states will restrict.

Not just the Melbourne protestors were indignant over this American court decision. Australian politicians on both sides of parliament lined up to decry the demise of Roe. Former UK Prime Minister Boris Johnson and the European Union also expressed their strong disapproval.

Why the intense interest? Because ‘Roe’ is more than just about abortion and concerns more than just the United States. It is another major chapter in the culture war, which it kickstarted in 1973. Some commentators say Roe’s reversal is a blow to the liberal world order, with its autonomous sovereign individual – who does what they want, when they want, with no moral obligation to family, faith, or freedom. That may be finally changing.

A note: This article in no wise a criticism of those who are contemplating an abortion or even had one. Many mothers have been under great pressure to terminate their pregnancies and/or are haunted by the decision for years to come.

Since Roe came into being in 1973, there have been all kinds of pro-abortion buzz words and phrases, particularly on the Left but sometimes repeated on the Right. Let’s comment:

Jane Roe (a pseudonym): Her real name was Norma McCorvey. She was used as the centrepiece of the lawsuit against her local Texas district attorney Henry Wade for denying her an abortion – which she never had. McCorvey falsely claimed to have been raped – for which she later apologised. So the pretext of Roe was a lie.

Constitutional Right: We were told that Roe v. Wade granted women in America a ‘constitutional right’ to an abortion. This is hard to sustain since there is no direct or indirect, explicit or implicit mention of abortion anywhere in the US Constitution. This is a major reason for returning the issue to the states. If Roe was ‘constitutional,’ it would have been impossible for the Supreme Court to overturn.

As Australian author Kurt Mahlburg said regarding the reversal of Roe: “A new generation of Americans will now grow up understanding that the disposing of unwanted infants isn’t a constitutional “right” but a well-regulated “wrong.”

Reproductive Rights / Health: While this sounds nice, it is a euphemism for the termination of a pregnancy. There is nothing ‘reproductive’ about it – in fact, abortion is the antithesis of reproduction, full stop

Bodily autonomy: Pro-abortion advocates demand that a woman has autonomous rights over her body. Yet the issue was never just about a woman’s body – it is about someone else’s body – the foetus. Of interest is that pro-abortion protestors invoke ‘bodily autonomy’ when it comes to terminating a pregnancy but are fine with vaccine mandates.

‘War on Women:’ This label has been used against the pro-life movement as if they are harming women by resisting abortion. How can potential motherhood do such a thing? and what about the approximately fifty-percent of all abortions that involve a female foetus?

‘Too political:” The US Supreme Court has been accused of being ‘too political’ by overruling Roe. This, too, is wrong. The 1973 Court, used the Due Process Clause of the Fourteenth Amendment of the US Constitution to create a ‘right to privacy’ out of thin air. It never existed. The 2022 court rightly disagreed. The US court was not being political at all; the correct term is ‘constitutional.’

The common denominator with all the above: they have been misleading, even false. Remember: without genuine truth, neither law, liberty, and justice, are possible, in fact, they are undermined.

Regardless of the semantics, the hard and horrible fact is that Roe v. Wade has been the cause of sixty-three million abortions in the United States, since 1973. These are more than just statistics – the represent lives that were never lived outside the womb. The notion of motherhood and family have also been greatly harmed in the process.

The Worst Court Decision – Ever?

In 1857, the US Supreme Court issued the infamous Dred Scott decision. This ruling declared that Americans of African descent, whether slave or free, were not entitled to US citizenship. Even their personhood was also denied. It has been called the ‘worst decision’ of the American Supreme Court in its history. It was unambiguously racist and served as a catalyst for kickstarting the American Civil War (1861-1865). After the war, the abolition of slavery and newly ratified constitutional amendments helped to nullify the Dred Scott decision

There is a strong case to say that Roe v. Wade surpassed the Dred Scott decision in horror. Like the former, Roe denied the personhood and citizenship of the foetus. Like the former, it initiated the first shots in the half a century, on-going, divisive culture war. Yet, with all the indignity of the Dred Scott decision, the slaves still had their lives and within a decade, their liberty as well. Yet with Roe, the foetuses had no such life or liberty – only death in the womb, and America is worse off because of it. African-Americans are disproportionally represented in the abortion statistics.

Finally, the American states get to decide on life and death vis a vis abortion and the political battle continues, as is to be expected in the democratic process. America’s founding documents say that any rights not clearly given to the federal government in the Constitution must be decided by the states. However, these same documents also make it very clear that it is the government’s responsibility to protect the life and liberty of its citizens.

Are the pre-born citizens? Do they have the right to life and liberty? If you say ‘Yes’ to these two questions, then there is nothing more to decide. If you are not sure, now is a good opportunity to search the Scriptures, study the issue, and, once duly informed, partake in the democratic process.

Life After Roe? More political struggle but a new democratic, citizen-initiated game board. May we see a revival of faith, family, and freedom in the post-Roe world; in other words, may there be much ‘Life after Roe.’