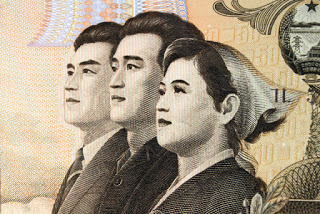 May 4, 2018
Teach All Nations
Blog
It is not unusual for North Korea to be in the news. This highly-armed Stalinist state rattles the sabres from time to time. There are warnings, sanctions, negotiations, and then things go quiet.
Yet the current crisis is different – and more dangerous – than anything we have seen before. It has been said, with reason, that the stand-off with North Korea is the biggest confrontation since US President John F. Kennedy faced off Nikita Krushchev of the Soviet Union in the October 1962 Cuban missile crisis. This was probably the largest and most dangerous incident in the entire Cold War.
As a refresher, the Soviet Union placed nuclear-tipped missiles in Cuba, which is only 140 kilometres off the US coast. This was simply too close for comfort. President Kennedy solemnly warned that if the missiles were not removed, America would invade Cuba. For 13 days the world held its breath. It was the closest thing we have seen of Armageddon in living memory. Being a rational player, the Soviets negotiated a face-saving solution: America promised not to invade Cuba, the Soviets would take its missiles and America removed its missiles from Turkey, a Soviet neighbour. The crisis came to a peaceful end.
So why is this crisis different than the others?
Long-ranged missiles: First, North Korea is more advanced in her nuclear weapons program. She has bombs and is working tirelessly to make more. In addition, North Korea is developing long-range missiles which can deliver a nuclear bomb. It is one thing to have short-ranged missiles that can target South Korea or Japan. Yet it is another to have missiles that can reach Guam, Alaska, possibly the US mainland and even Darwin, Australia. The risk of a rogue state having that kind of capability is simply too much to bear.
The Trump factor: Second, the United States under President Donald Trump is taking a whole new approach. Instead of practicing ‘strategic patience,’ as earlier administrations have done, Trump says the time of patience is over. He has spoken of the possibility of military action, even pre-emptively, if necessary, to stop North Korea from advancing its nuclear and missile program.
ANZUS: Australian Prime Minister Malcolm Turnbull has invoked the ANZUS Treaty, with the support of Opposition Leader Bill Shorten. Formed in the 1950s, ANZUS (Australia, New Zealand, and the US) means that if one ally is attacked, the others will come to its defence. The only other time ANZUS was triggered was in 2001 by former Prime Minister John Howard just after the September 11th terrorist attacks. This means that if America goes to war, Australia goes with it.
China: To add to the mix, China has weighed into the fray. As a neighbour to North Korea, they have a great stake in stability. Yet they have given this warning: if North Korea attacks the United States, they will remain neutral. If America attacks first, they will stop them. Let’s not forget that during the Korean War of 1950, that Mao Zedong sent Chinese troops to North Korea. They like having a buffer state and do not want North Korean refugees flooding its border.
North Korea leader Kim Jong Un has said he will retaliate with fire and fury if he is attacked. There is no reason to doubt his threats. He is also armed to the teeth and can cause much damage to countries, near and far.
So what can be done? Negotiations are always the best option. Yet this is not easy, considering that the US does not have diplomatic relations with the North and South Korea is not even on speaking terms with its neighbour. A second option are sanctions, which are already in place. These methods may work and no blood will be spilled in the process. The military option needs to be available but as a very, very, very last resort – when no other way will work. The threat of a massive military response sometimes is the only language a dictator will understand, especially since the goal of North Korea is ‘regime-survival.’
Prayer power: Yet, as has been pointed out in an earlier article, believers have a powerful weapon the world knows little about: faith and prayer. South Korea has become up to one-third Christian in just a couple of generations. The Korean church is growing; indeed, some of the largest churches in the world are found there. It is also a praying church. Dozens of ‘prayer mountains’ dot the landscape. People take their 2 week annual leave to pray and fast at a prayer mountain. Consider this: Despite the highly-armed, bellicose, and belligerent nature of the North Korean regime, there has not been armed conflict on the Korean Peninsula since 1953. How is this possible? It should be obvious. The prayer of the saints makes a massive difference.
What is at stake in the North Korean crisis? Either a peaceful resolution or chaos. Never underestimate the power of prayer. As The Weekend Australian said in a editorial: for those Australians who believe in the power a prayer, now is the time to get busy.

Refuge from the Storm with Dr Kameel