Put God First: Why Study the Book of Haggai – Part 02 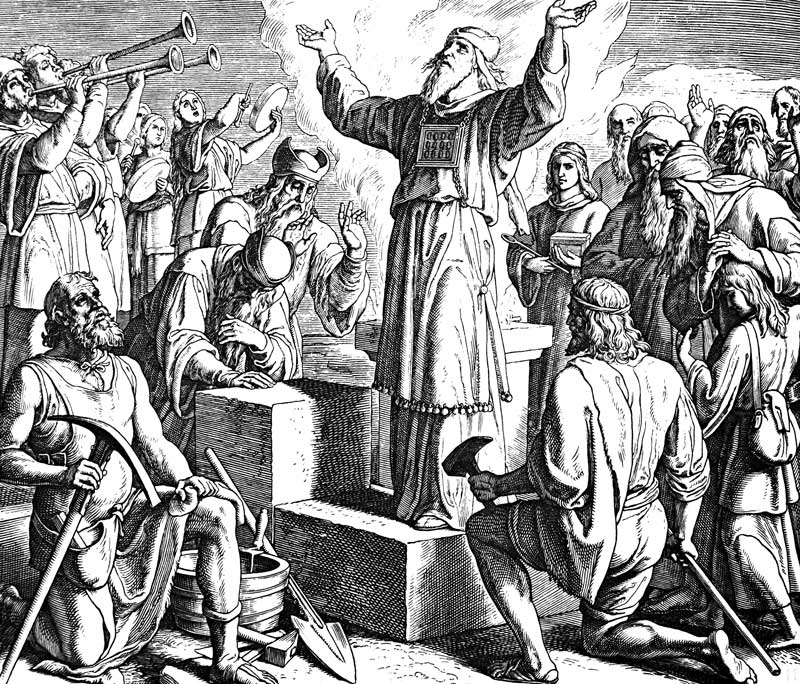 Put God First: Why Study the Book of Haggai – Part 02

The Book of Haggai is only 38 verses, the second shortest prophecy after Obadiah, and one of three post-exilic prophetic books, along with Zechariah and Malachi. It was probably the first time Judah had a prophetic word since the exile to Babylon decades before. Yet, within its verses are powerful promises and prophetic insights.

Having looked at key features of this prophetic book, we now focus on a summary and outline.

After 70 years of Babylonian captivity, it was time for Judah to go home and the temple to be rebuilt. This was not just a wonderful gesture but a fulfilment of prophecy (Isaiah 45:1-3; Jeremiah 25:11-12; 29:10-14). Daniel’s great intercession of Chapter 9 was on this very theme of the return, though he himself did not go back home but remained in exile.

Haggai and Zerubbabel were part of the very first of three returns in 536 BC. The foundation of the second temple was laid. Opposition from the Samaritans and other neighbours was furious, even irrational. This greatly discouraged the Judeans and the rebuilding ceased due to a royal decree. They began to focus on building their own homes and forgot about God’s house. The temple remained untouched until 520 BC, a period of 16 years.

Within a four month period in 520 BC, Haggai delivered four simple but powerful prophetic messages. Addressed to Zerubbabel the governor and Joshua the high priest, they were called to get the people working again on God’s temple. In addition, they needed to reorder their attitudes so that holiness and consecration returned to the house of Israel.

First Things First: The first message was a rebuke to the returnees for focusing on the building of their own homes but leaving God’s in ruins. For this reason, the blessings of God did not flow and thus brought a disheartened attitude.

Be Encouraged – A Greater Glory is Coming: The second message was to fight off another bout of discouragement. As they rebuilt the temple, there were some older Israelites who remembered the glory of Solomon’s temple, which was destroyed in 586 BC. The contrast between the two temples was like comparing a plain basic building with the Taj Mahal. Haggai had a potent response: Just you wait, the glory of the latter house will be greater than the former, and there will be peace in that place. This came to pass: the Son of God and His glory visited this latter-day temple.

From signet to significance: Haggai gives another message about obedience with holiness attracts great blessing. His fourth and final message was given on the same day and the third: it had a promise to Zerubbabel that he was a signet ring in the hand of the Lord. This means he was like an official seal. He ended up in both genealogies of Jesus (Matthew 1:12-13; Luke 3:27). He was a chain link and common denominator in the line of Joseph and Mary. Thus Zerubbabel played a key role in the lineage of Jesus the Messiah.

End-Time prophecy: Haggai’s prophecy is not just for Judah in the sixth century BC. It packs a powerful prophetic punch today. Haggai speaks of the great last days universal shaking (2:6), which is echoed and elaborated in Hebrews 12:25-29. When it speaks of a greater glory coming to the latter temple, Christians believe it a reference to the glory of Messiah visiting the temple of Herod, which was a continuation of Zerubbabel’s temple.

Modern Application: Jesus exhorts His followers to put God’s kingdom and righteousness as their Number One priority and all their needs, temporal, spiritual, and eternal, will be granted to them (Matthew 6:33). Furthermore, we will have the bright light of a more sure word of prophecy – like the universal shaking (Haggai 2:6) – and it will be filled with glory. Isaiah the prophet … saw his glory, and spake of him (John 12:41b). Provision, a well-lit path, and God’s glory are priceless rewards for putting God first.

B. Blessings withheld because temple in complete (1:2-11)

4. The Fourth Prophecy: Promise to Zerubbabel