The Eighth Commandment: More Than Ever 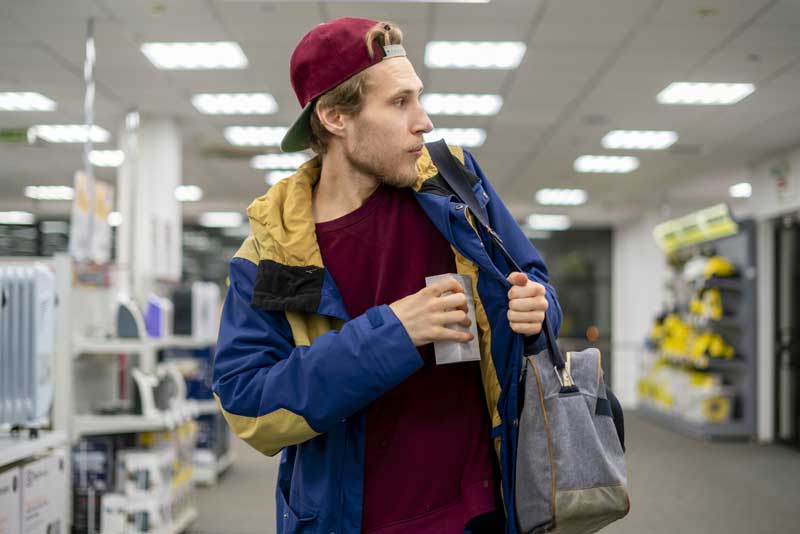 The Eighth Commandment: More Than Ever

1 year ago
Teach All Nations
Blog, Ten Commandments
Everyone knows that it is wrong. No one wants to be a victim of it. The problem is called ‘theft’ and despite its universal condemnation, it is happening more than ever. The Bible leads the way. In a very short Bible verse of only four words, we are told:  You shall not steal (Exodus 20:15). We know stealing is wrong because of the eighth commandment. We need a fresh look and renewed application of this important commandment, now more than ever.

It was a most unsettling thing. At the age of seventeen, I went on a visit to the stunningly beautiful Oregon coast in the United States for a short holiday break. There I caught up with two young ladies who attended my high school, Hudson’s Bay in Vancouver, Washington. One of them graduated with me. We went to visit the local convenience store; while one of them was having a friendly chat with the owner at the cash register, the other was piling foodstuffs into her purse. ‘We have to do it this way,’ she told me later. ‘We don’t have enough money and if we didn’t do this we would starve.’

My reaction? Horror! I had never seen someone brazenly steal first-hand. They didn’t seem to have a problem with it, either. As a new Christian, and even before becoming born again, I knew that stealing was wrong. What I didn’t realise at the time is that you don’t have to be Christian to know that stealing is not just wrong — it’s a crime. Most cultures understand this, but Western Civilisation was built on the ten commandments, so it is especially pertinent.

While the eight commandment is short, the ramifications are large. You will be amazed how vast and complicated the network of stealing is today, and what we can do about it.

In North Wales, United Kingdom, is a charming (Irish) seaside town called Llandudno. Enjoy a walk on the pier or boardwalk; but beware, the seagulls of Llandudno are the most aggressive you will find anywhere in the world. My wife was eating a wrap for lunch. While she turned her head for just a moment, the seagull swopped down and took the entire wrap from her hand. Gone. As for me, the same thing happened except I managed to keep most of my wrap; the seagull managed to get a big bite.

Or, what about your adorable two year old granddaughter finding the cookie jar and helping herself to as much as she likes?

Question: Did the seagull ‘steal’ my wife’s wrap? Did the two-year old granddaughter steal the cookies? Most people would say, ‘No.’ The seagull was hungry and did what any seagull would do. Young children may not know any better, though you would be surprised how quickly they learn.

But what if it was a teenager or adult who grabbed my wife’s wrap, instead of a bird? What about the two high school friends in the Oregon Coast convenience store? Did they steal. No doubt about it, the answer is an unequivocal ‘Yes.’ What are the implications?

As we continue to look at this important topic, realise that theft is far more extensive than merely shoplifting. It can happen electronically and online. During the 2020 Covid-19 pandemic lockdown, scammers were raking in big money all by text messaging and internet. Underage carjackers, emboldened by the Left’s attacks on the police, bail reform which means ‘no bail,’ and leftist district attorneys who basically don’t enforce the law, are proliferating in American cities. Marxist activists are teaching how to take over an entire Walmart store with ‘only ten people,’ or how to block a highway ‘with only five people.’

Realise this: God’s King and Kingdom are coming. You will never have to worry about being a victim of theft in the kingdom. But in the meantime, we need to know more about the eighth commandment, why people steal, how to stop it, and begin to lay the foundations of an honourable life.