The end of an era? Israel’s New Government 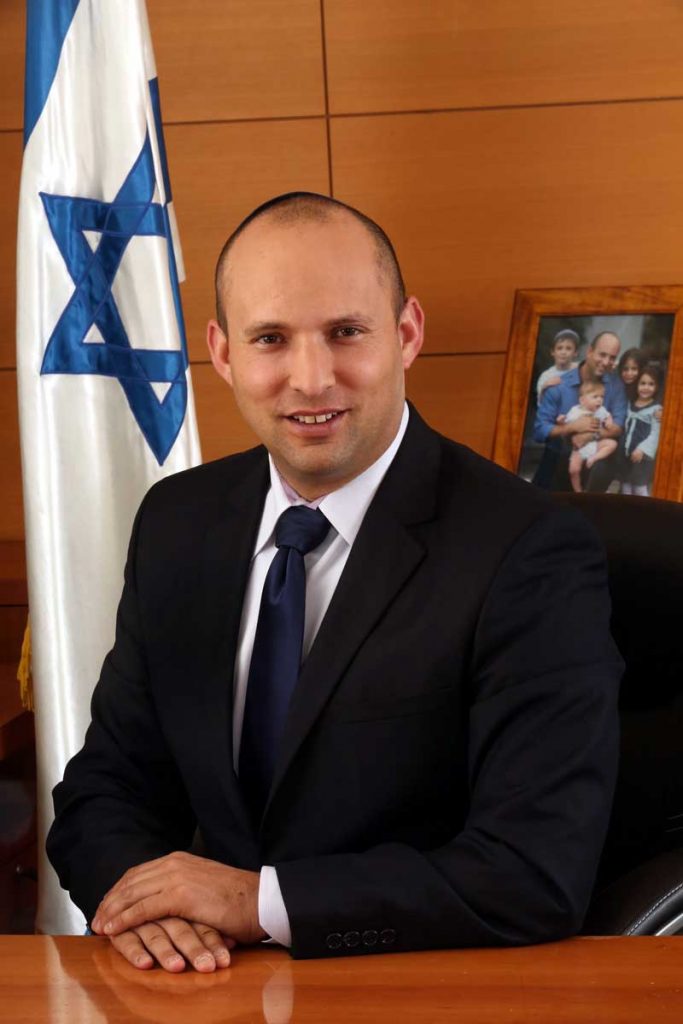 The end of an era? Israel’s New Government

After four elections in two years, Israel has a new government. And, for the first time in twelve years, Benjamin Netanyahu is not the Prime Minister. Who is Naftali Bennett? What will happen to Netanyahu? Most importantly, what lies ahead for the Jewish State.

He has been a towering figure in Israeli and even global politics for fifteen non-consecutive years (1996-1999; 2009-2021). Many younger Israelis have known no other leader than him. It is reported that, apart from the American President, he received more world leaders than anyone else. While increasingly a polarising figure at home, he was received with great honour in places like Washington, Moscow, and Beijing.

Our course the man in question is Benjamin ‘Bibi’ Netanyahu, who is Israel’s longest serving Prime Minister. On Sunday, 13 June 2021, Netanyahu ceded, most reluctantly, the prime ministership to a new Change government.

From an objective point of view, Netanyahu has been an effective leader. As Finance Minister and Prime Minister, he presided over the growth of the economy, helping to make  Israel a start-up capital and Middle Eastern Silicon Valley. When it comes to issues of national security and counter-terrorism, Israelis trust him most. More than any other person Netanyahu has been sounding the alarm over Iran’s nuclear program.

On the diplomatic front, he quietly built relations with Arab world, particularly Saudi Arabia and some of the Gulf Countries, something that was unthinkable a few years ago. Evolving from a ‘no recognition of Israel’ to a cautious embrace, they have been attracted to its technology and also as a serious counterweight to Iran. Eventually, under the supervision of US President Trump, came the Abraham Accords in October 2020, where the United Arab Emirates, Bahrain, Sudan, and Morocco, have all agreed to make peace with the Jewish state. Others Arab nations are expected to follow. Netanyahu’s eloquence – in English and Hebrew – is unrivalled.

Yet, there is always the challenge when a person has been in power for a long time, namely the threat of corruption. Netanyahu is currently being tried for that very thing. Of course, he should be presumed innocent until proven guilty, but it is a drag on the entire country. There has been the political stalemate with four elections in two years, and being the powerful person he is, it is fair to say that he is the epicentre of it. Then, his attacks on the incoming government have been described as unfair and virulent.

Who is the man who replaced Netanyahu as Prime Minister of Israel? His name is Naftali Bennett, leader of the New Right Party (Yamina). Bennett was born in March 1972 in Haifa, the son of Jewish migrants from the United States. A very successful business owner and multi-millionaire, he is an observant Orthodox Jew. Bennett is married to a professional pastry chef named Gilat and they have four children.

Politically, he is right of Netanyahu and described as an ‘ultra-nationalist.’ He is against a Palestinian state ‘in the tiny land of Israel,’ believes in cutting taxes, reducing regulation, and encouraging small business. While he affirms homosexuals have the same human rights as anyone else, he is against same-sex marriage or the advancement of the gay agenda. Many of his coalition partners, and even Netanyahu, are far more ‘gay-friendly’ than Bennett.

Israel’s proportional representation democracy means that every election results in a hung parliament; thus rendering all Israeli governments a coalition. Under Netanyahu, there were right-wing and religious parties in his coalition. Under Bennett, the religious and right-wing parties are gone and secular, centrist, leftist have replaced it. For the first time ever, the Arab parties, called Joint List, are part of an Israeli coalition government.

Bennett’s main partner is Yesh Atid (there is a future) secular centrist party, led by Yair Lapid. They have a revolving agreement: Bennett will serve as Prime Minister from June 13, 2021- to 27 August, 2023. On the latter date, Lapid will become Prime Minister until November 2025.

That’s if the coalition last that long, and it is a big ‘IF.’ Prospects are not good. Bennett’s Change Government has 61 Knesset (Israel’s parliament) seats and Netanyahu has 59. If just one member of Bennett’s coalition defects, the whole government will come crashing down, triggering a new election.

Then there is the Netanyahu factor: He will not go away nor will he be cancelled. He continues to serve as leader of the Likud Party and Opposition Leader. It is no secret that he aims to do what he can to undermine the new government, and considering its ultra-thin majority, that won’t be hard to do.

And it won’t be necessarily just Netanyahu who will put the new Change government to the test. Two days after Bennett took office, Hamas deployed fire balloons from Gaza, which have started 30 fires in Israeli areas near the border.

When it comes to the Middle East, especially Israel, expect the unexpected. In the meantime, there is something you can do: pray for the peace of Jerusalem (Psalm 122:6). Jew and Arab, Christian and Muslim, will all be better off because of it.