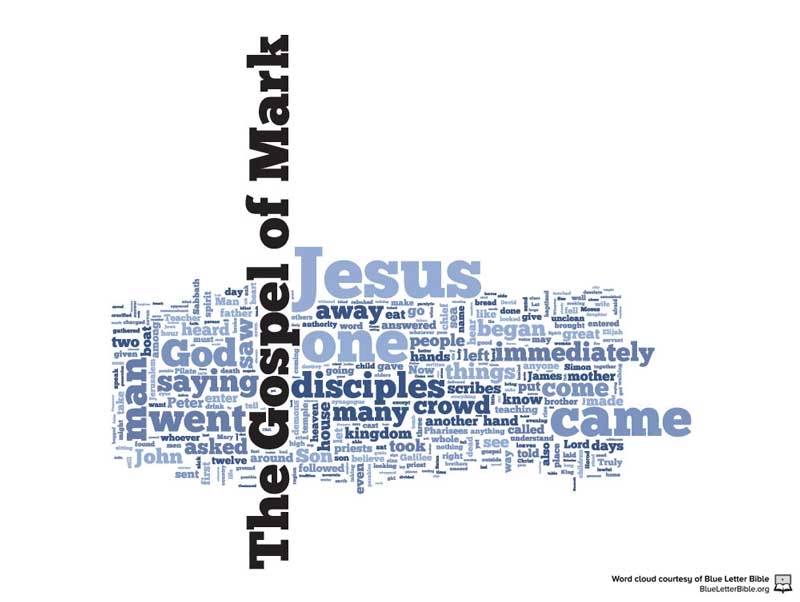 The Hardworking Servant Messiah: Why Study the Gospel of Mark? Part 02

The Gospel of Mark shows Jesus Christ as the hardworking servant Messiah. He didn’t come to this planet to be served, but to serve, and give his life a ransom for many. We continue our introductory survey to help you in your personal or small group Bible study.

Like the start of a marathon, the Gospel of Mark begins with a bang. Rich in detail, fast in pace, breath-taking in scope, this Gospel shows Jesus as an active, robust, on-the-move Servant-Messiah. He also was destined to suffer as no human has ever suffered – bearing the world’s sin, forsaken by God, and an object of divine wrath.

In the first part of Mark, there is an emphasis on service and power. Jesus is shown to have authority over sin, sickness, and demonic power; healings abounded and the crowds swelled as a result.

Then comes the second part of Mark. If the disciples were unclear about His true identity, it became strongly apparent when Peter confessed Jesus as Messiah (Son of David, Son of God) at Caesarea Philippi. This was followed by the transfiguration, where eternity touched earth on that holy mountain. They also were informed that Jesus’ destiny was to suffer, die, and rise from the dead. In fact, there were frequent mention of suffering as part of the price of discipleship (3:21-22,30; 8:34-38; 10:30,33-34,45; 13:8,11-13). Suffering brings purification and perfection, which also leads to enlargement and promotion.

An on-going controversy involves the last twelve verses of the Gospel of Mark. The Greek manuscript called Textus Receptus, which was used in Luther’s German Bible, the King James Version, and Modern English Version, includes these verses.

The NIV uses an eclectic Nestle-Aland/United Bible Societies’ Greek New Testament, sometimes called ‘Critical Text.’ In its footnote for Mark 16, is says: ‘The earliest manuscripts and some other ancient witnesses do not have Mark 16:9-20.’ Basically, they are questioning the inclusion of these verses in the Biblical text.

If the inference that these verses are not from Mark and/or part of inspired Scripture is correct, it creates problems.

Donald Stamps in the Full Life Study Bible, which uses the NIV, says on  Page 1512 that vv. 9-20 are omitted (perhaps removed) from two of the oldest Greek manuscripts, they do appear in other old manuscripts, as well as in the majority of Greek manuscripts from all over the ancient world. Many scholars conclude, therefore, that any reading attested to by the majority of ancient manuscripts is likely to be part of the original writing of the Biblical author. Thus, Stamps concludes,  Verses 9-20 should thus be considered part of the inspired Word of God.

David W. Daniels in Answers to Your Bible Version Questions, page 117 says, ‘Mark 16:9-20 should be in the Bible, since it is found in almost every Bible manuscript of Mark in existence (emphasis mine) … Wherever you look, the evidence, including Alexandrian manuscripts, is over 99% in favour of keeping the words of God in Mark 16:9-20 … Out of 620 manuscripts that contain Mark’s gospel only two omit the last 12 verses.’

Finis Dake in the Dake’s Annotated Reference Bible New Testament page 55, builds the case that Mark 16:9-20 is part of the original manuscript. He, too, states that their are 618 manuscripts that contain Mark and only two (we know them as Codex Sinaitic and Codex Vaticanus) do not. He adds that the Syriac, Gothic, Egyptian, Armenian, and Georgian versions contain Mark 16:9-20. The Latin version has 8,000 manuscripts in existence, copied from Jerome’s Vulgate 382 AD (who had access to the Greek New Testaments of his day). The Vulgate has these verses and so did the 2nd Century Vetus Itala, from which it was a revision. Like the Septuagint, the Vulgate served the church for centuries all the way to the Reformation.

The Church Fathers give testimony about Mark 16. There are 100 writers older than the oldest Greek Manuscripts and 200 more between 300 to 600 AD. All these church fathers attest to the originality of Mark 16:9-20. Vaticanus has a blank space where they verses could have been (before being removed). Also, Codex Vaticanus has missing Genesis 1-46; Psalm 105-137; Hebrews 9:14-13:25; all of 1 & 2 Timothy, Titus, Philemon, and Revelation. Why don’t the critics of Mark 16:9-20 say that these other portions should be left out as well?

Doctrines taught in Mark 16:9-20 are taught elsewhere in the New Testament:

One need not wrestle or lose sleep over these verses. In light of the above comments, my recommendation is take them as from the mouth of God. They will not lead you astray.