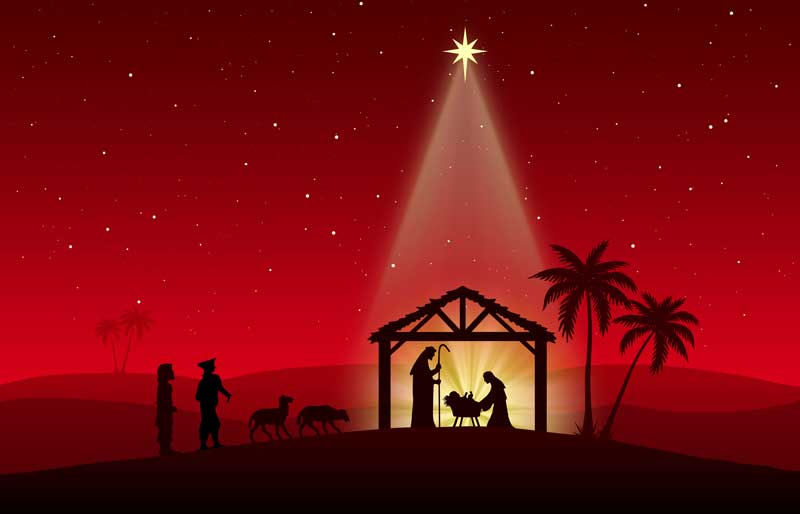 Christmas is far more than decorated green trees, presents, and a big family meal. At its core, Christmas shows the faithfulness of God to keep His covenantal promises. Learn more from this timely article about how Christmas is a promise kept.

For many people, Christmas means many things: a day off, a family gathering, a grand meal, and opening gifts under the tree. While in the west, there have been attacks on Christmas by culture warriors and purist Christians who dislike the ‘pagan’ aspects of Christmas. Yet this holiday is becoming wildly popular in non-western countries where Christians are in the minority. One thing we normally all agree on is that Jesus Christ was probably not born on December 25th, since it is much too cold in the hills of Bethlehem to have the gathering of the shepherds. Some have suggested a September birth to coincide with the autumn Feast of Tabernacles.

While we can give our own reasons why or why not we like Christmas, remember that it continues to provide the best opportunity in the year to tell a captive audience the story of Jesus. This can happen at a Christmas play, meal, or singing of carols. For that reason alone it is worth taking full advantage of this time of the year.

Yet this article wants to put a fresh Biblical meaning to Christmas – it is a divine promise that was kept. When you understand the nature of the promise given and the gracious divine fulfilment, you have just received the greatest gift of all.

And, behold, thou shalt conceive in thy womb, and bring forth a son, and shalt call his name JESUS. 32 He shall be great, and shall be called the Son of the Highest: and the Lord God shall give unto him the throne of his father David: 33 And he shall reign over the house of Jacob for ever; and of his kingdom there shall be no end — Luke 1:31-33

This announcement was given by no one less than the archangel Gabriel, who stands before the presence of God. He came especially to Nazareth to inform the young virgin Mary that she would be the mother of Christ. Gabriel’s words confirmed that God’s promise was kept.

What was the promise? It is a covenant God gave to David. The Bible tells us about several key covenants by which God relates to His people. Brit in Hebrew and diatheke in Greek, ‘covenant’ means a ‘binding agreement between two parties.’ When the terms of the covenant are kept, it brings great blessings; but if they are violated, it can be disastrous. We connect with God via covenant and in the case of the Christian, it is the New Covenant of Jeremiah 31:31-34.

When it comes to the covenant promise of God through Christ, it is called the Davidic Covenant, given in 2 Samuel 7 and 1 Chronicles 17. God gave an unconditional and unilateral agreement. The simple version is this:

Notice Luke 1:32 notice the echo of the Davidic covenant – the promised Messiah, coming via the womb of Mary, would be called ‘Son of the Highest,’ and the Lord God will give him the throne of his father David. There you have it – in one verse we have the ‘two fathers,’ Son of God, Son of David. Verse 33 says he will reign over the house of Jacob forever and His kingdom will never end.

Christ’s birth occurred a thousand years after the time of David but it is a promise kept. Furthermore, despite the fact that the holy couple lived in Nazareth, a four-day journey by foot north of Bethlehem, the Roman census was used to bring them to the city of David, in fulfilment of Micah 5:2.

In addition, Christmas is a promise kept to the patriarch Abraham. God made a covenant with him, too, that he would inherit the land of Canaan and have ‘seed’ that would bless the world. Galatians 3:16: Now to Abraham and his seed were the promises made. He saith not, And to seeds, as of many; but as of one, And to thy seed, which is Christ. Thus birth of Christ is a fulfilment to both the Abrahamic and Davidic covenants.

There is nothing like favour – to have people like you, give to you, and bless you with open doors, relationship or substance. When done in the right spirit – not as flattery or bribery – it can be like a tree of life. Notice that in the events leading up to the Christmas story, there are key people who were highly favoured by God. They included:

David: the prophet said he would have an indestructible, everlasting dynasty, all made possible by the favour of God.

Mary: Though probably a teenager, Mary of Nazareth received a startling visitation in Luke 1:28: And the angel came in unto her, and said, Hail, thou that art highly favoured, the Lord is with thee: blessed art thou among women. Instead of being ecstatic at her new status, Mary was greatly troubled – understandably. Gabriel gave her the good news that she would be the mother of Messiah, a unique honour among women. Once she processed the news, she sang praises to the Lord in a song known as the Magnificat (Luke 1:46-55). After receiving the good news, she offered the Lord this timeless song to show her gratitude. This is a wise move.

The shepherds: They may have been on the bottom of the social ladder but in the eyes of God they were highly favoured. The angel of the Lord chose to appear to them first with glory shining around about and they, too, were afraid. They were told to not fear because he brought great news: For unto you is born this day in the city of David a Saviour, which is Christ the Lord – Luke 2:11. These are not just nice words – it was proof that the promise of God to David was coming to pass. They were favoured to be the first ones apart from the holy family to meet the Christ child.

Faith is the key to finding favour with God; without it, you cannot please the Lord (Hebrews 11:6). Once you abide in faith and favour, you are in a position to facilitate, or even see, the fulfilment of the promise.

The Christmas events are the fulfilment. Jesus had a double link to the Davidic lineage via Joseph (Matthew 1) and Mary (Luke 3). The Nazareth-based couple were forced to submit to a nuisance census from Caesar Augustus, in order to rendezvous at Bethlehem, thus fulfilling Micah 5:2. This passage pinpoints that Messiah would be born in Bethlehem. This makes sense that the ‘Son of David’ would be born in the ‘City of David.’ All these things coalesced to bring fulfilment of the promise. Understand that God keeps His covenant, but in His sovereignty and wisdom, it is according to his terms, timing and territory.

So this year, when you think of ‘Christmas,’ remember that it is a promise kept to you, me, and the world.