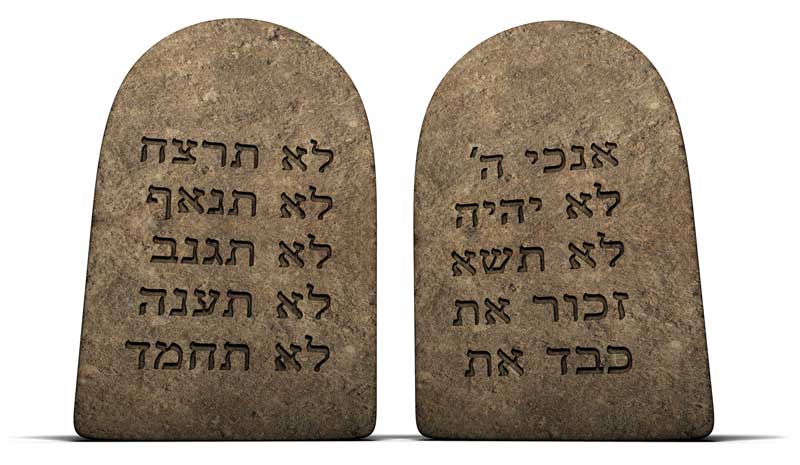 Thou shalt not kill.

In Part 01, we were introduced to the Sixth Commandment, which forbids murder. Having looked at it from different angles, the bedrock is that we are made in the image of God and that life is sacred. Now we continue to look at the commandment from a New Testament perspective.

Jesus makes it clear that He did not come to earth in order to destroy the law or prophets. On the contrary, His purpose was to fulfil them – Matthew 5:17. A few verses later, He addresses the sixth commandment. While the penalty of murdering is to be ‘in danger of the judgement (verse 21), the Lord goes even deeper. Even if you never pick up a deadly weapon, or assault anyone, you will also be subject to the judgement if you are angry at your brother ‘without a cause.’ Please note this phrase because it qualifies everything. Jesus goes further: If you call your brother raca, a slur on his intelligence by calling him empty-headed and senseless, you will stand before the council (the Sanhedrin). Now listen to this: if you insult your brother by calling him a fool, you will be in danger of hell fire (verse 22). Wow!

Generally speaking, anger, especially righteous anger, is not in the same league as murder. Yet anger, which stews and fumes, refuses to forgive, and plans revenge to harm or destroy, is put as equivalent to murder. What people seem to forget: if you nurse hatred in the heart long enough, and it only increases, then the temptation to finished off with our hands the emotions of the heart, only increases. How many times have people who nursed the wrong attitude for awhile go all the way and murder when they had the tools to do so?

The above points are from the most famous sermon in the world – The Sermon on the Mount – should cause us to pause and assess our attitude. The teachers of the law focused on the outward actions – like overt murder – but Jesus zeroes in on the heart. The Lord goes on to say that it is more important to reconcile with an estranged brother than to make an offering at the altar. Fix the relationship and then have a clear conscience to worship God.

If you find yourself in a chronic attitude of bitterness, resentment, and unforgiveness, due yourself a big favour and reject these things. And there is good news: The door of mercy is still open. If you are not yet a Christian, then repent, believe the gospel (1 Corinthians 15:3-5), and receive Christ. If you already are a believer, repent, confess your sin and be cleansed by the blood of Jesus (1 John 1:7-9).

We need to compassionately and courageously look at issues of suicide and euthanasia. Western prohibition of both has been squarely based on the sixth commandment. With the eroding of Judaeo-Christian ethics and morality in western society, it has opened up the possibility of legalising what was once unthinkable. US President John F. Kennedy (1917-1963) had Addison’s disease and suffered pain for 25 years; yet, the author of Profiles in Courage never considered ending his career and life by suicide.

In like manner, we oppose euthanasia and assisted suicide: It is God who gives life and God who takes away. By all means, do what you can to alleviate pain and utilise palliative care, but leave the rest to God. He will be waiting on the other side. Besides, the ‘safeguards’ that no one will be killed against their will are not sufficient. Years ago in Europe, a woman complained about being lonely; all she needed was a cat to keep her company but they euthanised her instead.

In church history, the theologians like Augustine came up with the theory of ‘Just War.’ Taking the sixth commandment seriously and repudiating offensive war, what about fighting and killing in self-defence? It seemed good ‘to the Holy Spirit’ and them that in the event of an unprovoked attack against a nation, it was permissible to fight back, even though it could result in deaths.

On a positive note, remember the parable of the Good Samaritan in Luke 10:25-37. This man faithfully fulfilled the sixth commandment vis a vis an anonymous stranger who fell victim to the thieves and left for dead on the Jerusalem-Jericho road. His heart carried compassion, love, and mercy, in short, loving his neighbour as himself. This heart attitude led to noble outward actions: he bound up his wounds, poured in the oil and wine; carried him on his donkey to the inn; paid his expenses; and left extra money in case there was more expenditure.

In fulfilling the sixth commandment, Jesus gives us a simple command of His own: Go and do likewise.