Victoria’s New Law on Conversion Therapy Ban: Is it Really A Problem? 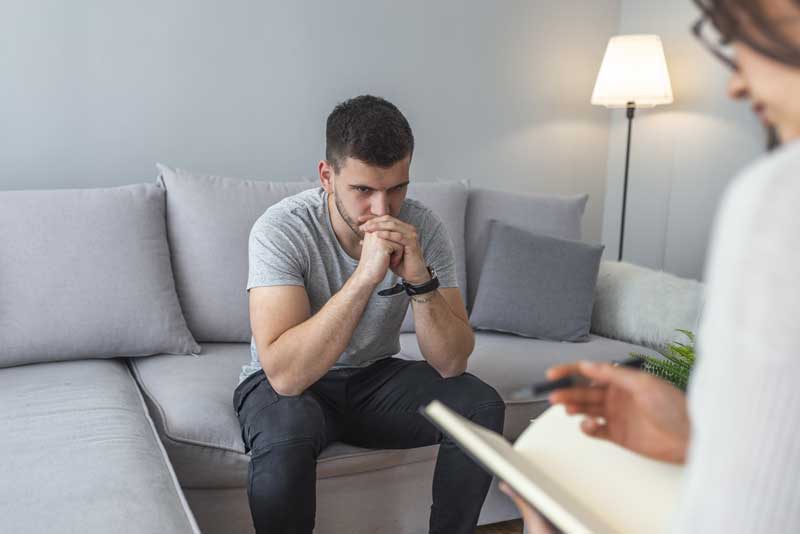 Victoria’s New Law on Conversion Therapy Ban: Is it Really A Problem?

It drew headlines around the world:

The Australian State of Victoria, capital Melbourne, passed the Change or Suppression (Conversion) Practices Prohibition Act 2020 in February 2021. Those who transgress the law could be fined AUD 10,000 or face up to 10 years in prison. This law prohibits trying to help a person changed their sexual orientation – even at their request. On page 8 of the actual bill, it mentions : carrying out a religious practice, including but not limited to, a prayer based practice, a deliverance practice or an exorcism. In addition, it threatens penalties even beyond the borders of Victoria, thereby placing all-Australia under its jurisdiction

While there are other jurisdictions that have sexual orientation conversion therapy bans, the Victorian law goes further than any other,. Of interest, the ‘Conservative Party government (Tory Party)’ of British Prime Minister Boris Johnson is considering a law similar to Victoria’s. One of Johnson’s own MPs, as well as an activist Church of England synod member want prayer for conversion therapy to be criminalised. Another ‘Christian leader’ wants government intervention if pastoral care pastors don’t affirm people in their same-sex lifestyle.

One major difference between the UK and Australia, however: The United Kingdom at this present time has robust laws that protect religious freedom and Christians under pressure for standing for their beliefs have won court cases. Australia, on the other hand, does not appear to have any legal protections for religious freedom.

The idea behind the Victorian law is that sexual orientation is immutable while gender is not; Trying to change someone’s orientation is futile and only brings harm. While there are some draconian practices for conversion which no sane person would approve, it is unclear if such practices are even being done in Victoria or Australia. What is the greater concern is that, in essence, Christians are being told whom they cannot pray for and what.

According to a reading of the law, and confirmed by Ro Allen, Victoria’s Commissioner for LGBTIQ+ Communities (thank you, Eternity News), the law does not impinge on general sermons, teaching, or prayer about Biblical sexual ethics – provided it is not directed at an individual to ‘pray the gay away.’ Time will be given to ‘educate’ the churches on how to comply with the law, which will be reviewed in two years.

What was the reaction of Christian leaders?

Moderater-General of the Presbyterian Church of Australia, Peter Barnes, urged his flock to defy the bill. ‘It is our task to keep on keeping on, to proclaim and to live out so far as we can the gospel of Christ ….

Melbourne’s Catholic Archbishop Peter Comensoli said earlier, ‘Who I pray to, how I pray, what I pray for, and most particularly, who I pray with is not of concern to any government.

Martyn Iles, Managing Director of Australian Christian Lobby, said the Act ‘basically criminalises the truth’ and called it ‘the biggest attack on religious freedom in Australia’s history.’ He added, it takes Biblical truths about ‘marriage, about gender, about sex, about family’ and says that ‘the expression of them, the living out of them can become criminal acts.’

Conservative Christian blogger and culture warrior, Bill Muehlenberg, fired off this piece: ‘…all the media headlines got it wrong. It is not ‘conversion therapy’ that is now illegal in Victoria. It is Christianity, prayer, counsel, biology, common sense, and help for those struggling that is now banned in Victoria. Dare to live out your faith in this Australian state and you can be imprisoned for a decade!’

According to the John Sandeman, Editor-in-chief of Eternity News, ‘Christians in Victoria who affirm the traditional teachings of the Bible will be on official notice that they are out of step with society.’

David Bennett, conservative Christian speaker on LGBT issues, laments that many Australian church leaders, up to now, have been silent. Does it not bother them that for standing up for Biblical sexual ethics, steep fines or imprisonment, simply for praying for a celibate gay Christian who asks for it?

Just take the Act and the Victorian government’s statements at face value: Eliminate change or suppress sexual orientation or gender identity while protecting and promoting rights in the Charter of Rights.

So, does it make it more palatable? Unfortunately, no it does not. What happened to the concept separation of church and state? Whenever governments tell churches what and who they can pray for, even on a limited basis, it is a serious threat to freedom of religion. If we let that freedom erode, other freedoms will follow and we will be in big trouble.

Another related issue: while general preaching and teaching is protected ‘for now,’ that loophole could be plugged by another Victorian law. There is a movement to amend Victoria’s notorious Racial and Religious Tolerance Bill of 2001 – where two South Asian Christian pastors (the ‘two Dannys’) fought a costly five year court battle with the Islamic Council of Victoria – to amend the protected groups, along with race and religion, to include sexual orientation, gender identity and/or gender expression, sex characteristics and/or intersex status. Offence is based on the nebulous ‘conduct that is likely to incite’. If that happens, you could be prohibited by law to express your religious conviction on sexual ethics, from the pulpit or even in private, since it is ‘likely to incite’ hatred. This represents a further erosion of religious liberty and freedom of speech.

Twenty years ago, a very prophetic voice warned the church that the new, secular, progressive, globalist left would not leave the church alone. That day has come. So what can we do?

United Kingdom: Write to the Prime Minister Boris Johnson and your parliamentary member, saying you do not want a draconian Conversion-Therapy ban, since it is a direct threat of freedom of religion.

United States: HR-5, the Equality Act, could bring a serious threat to religious freedom for the reasons stated above. Contact your US Senators to express your disapproval.

Don’t ignore the problem; it won’t go away on its own. However, prayer and Godly action will make a difference. This could be your finest hour yet.