What’s Happening in Canada – Part 02? You Need to Know. 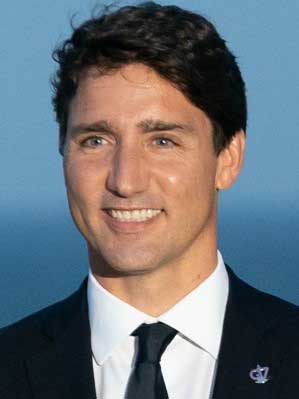 What’s Happening in Canada – Part 02? You Need to Know.

A major challenge to religious freedom is happening in the most unlikely place … or is it? While the church has faced persecution from Day One, who would have thought that in a liberal parliamentary democracy like Canada, pastors would be jailed and churches burned.

Following this, came a spate of church fires. As of this writing, around 50 churches in Canada have been vandalised and ten completely torched. Most disheartening are the arson fires of migrant churches. St. George Coptic Church in Surrey, British Columbia, and Calgary Vietnamese Alliance Church, Alberta, were burned. St. George serves 500 families and feeds the homeless. There was a failed attempt to burn it a few days earlier, but this did not lead to better policing protection. What makes these particular fires heartbreaking is that the Egyptian Copts and Vietnamese Christians fled countries where religious persecution is a way of life. They came to Canada to find religious freedom. Never in their wildest dreams did they imagine that they would face persecution in their adopted country similar to homelands they left.

Unfortunately, it appears that the media has been complicit in these attacks, both by what they have said and what they have not said. In fact, according to one source, the venom against Canadian Christian churches is being ‘media-fuelled.’

It has been known for a while that Canada between 1863-1998 sent indigenous children to Catholic and Anglican church schools to help them assimilate into Canadian society. Conditions could be poor and children died of disease or malnutrition. The churches were either negligent or had limited resources to combat the problem, especially in rural areas.

NOTE: This was neither an unknown situation nor was it only newsworthy this year. The Canadian government issued an apology in 2008 and Canadian Prime Minister Justin Trudeau also did something similar in 2017. Although some graves may have been discovered, or rediscovered recently, it appears that there is more to the story that meets the eye.

So where is the outrage against the churches coming from? Not from the indigenous tribal leaders – they have condemned the arson in no uncertain terms. Indeed, indigenous Canadians are distressed by the church burnings because it is their church that has been vandalised.

The main protagonists are from the political Left, especially the media, who are masters of semantics. Media sources speak of ‘mass graves’ but the more accurate term is ‘unmarked graves’ (which includes graves were the markers are worn down or taken away). Just that phrase ‘mass graves’ alone was enough to give vandals a pretext to attack churches.

In short, we are seeing ‘anti-Christian hate crimes’ occurring in Canada

Media complicity is also found in silence. The American mainstream media has said next to nothing about the church burnings, newsworthy as they are. The sole exceptions were Tucker Carlson and Shannon Bream of Fox News.

The arsonists have received official cover, too. The head of the British Columbia civil liberties association uttered the phrase: Burn it all down. Other people of profile have tweeted their support of the arsonists. Even Prime Minister Trudeau has been less than helpful in this regard. It took him nearly a week before he said anything. Yes, he did condemn the arsons as ‘wrong’ and ‘unacceptable.’ Yet, within the next breathe he said he ‘understood’ the anger against the Catholic Church and federal government. As Raymond Ibrahim said, ‘So attacks on Christian churches are ‘unacceptable’ – but they’re understandable.’ Considering that these two words neutralise each other, Trudeau’s stance is impotent, his words meaningless.[1]

Of course, Trudeau should both condemn arson and support true justice for indigenous Canadians. But by giving more time focusing on the leftist recycled grievances instead of the damage and pain of church arson, he has inadvertently giving a political voice to arsonists, who are partaking in nothing less than criminal behaviour.

Remember that the far Left wants big government and equity, while abolishing private property, nuclear family, and the church. These are the impediments to their long march.

How are we to respond? Canadian Christians should make their voices heard in their provincial capitals and in their parliament in Ottawa. British and American Christians have strong, codified rights in religious freedom. Nevertheless, this does not mean there will not be violations. When freedom of religion is infringed, it should not be tolerated. The push back should be now, or else it will be much harder to do so later.

Finally, Australia, a blessed and free country, has no written legal protection of religious freedom. Currently there is a bill in federal parliament called Religious Discrimination Bill. If you value your liberty to worship, don’t just email or write your parliamentarians – call them. It only takes a minute and has been known to be the most effective way for your voice to be heard – literally.

Next time, we will inspire you with some success stories in the fight for religious freedom.